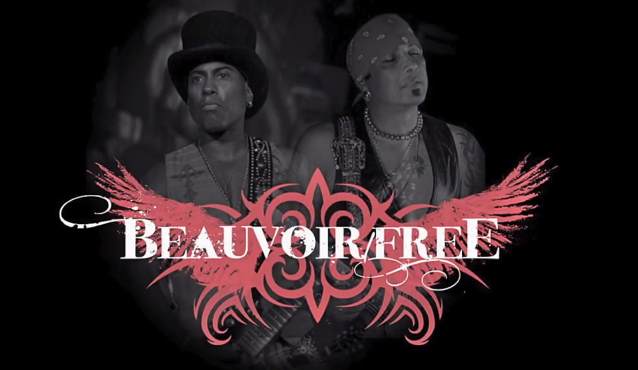 Frontiers Records has announced the signing of BEAUVOIR/FREE for the release of a brand new album, due in 2015.

BEAUVOIR/FREE sees a new cooperation between famed singer, songwriter and producer Jean Beauvoir (formerly of PLASMATICS, VOODOO X and collaborator of KISS, RAMONES and Little Steven, among others) and guitarist Micki Free (ex-SHALAMAR). The pair was responsible for penning the milestone debut "Crown Of Thorns" album, which was originally signed by Interscope Records and later released independently throughout Europe and Asia in 1994.

With a tour supporting BON JOVI and VAN HALEN for three months throughout all of Europe, playing to over a million people, CROWN OF THORNS soon become one of the most acclaimed hard rock bands to emerge in the second half of the '90s. Free, however, had already left the band by the time CROWN OF THORNS' second album was released and was replaced by Tommy Lafferty. Free and Beauvoir are now reuniting with a promise to release their most exciting collaboration ever. Beauvoir says: "I truly look forward to this reunion and collaborating with Micki once again! Stay tuned 'cause it will rock!!!"

Free and Beauvoir played the Hard Rock Calling festival in the U.K. and two shows in Scandinavia during April and look forward to more shows in the coming months.