"Age Of Unreason" was released on May 3 via Epitaph Records.

Since BAD RELIGION's formative years they have steadfastly advocated for humanism, reason, and individualism. Now, when these values are in decline and nationalism and bigotry are on the rise, the group's message has never been more essential. "Age Of Unreason" delivers a powerful and inspired response — a political and deeply personal treatise on all they believe in.

This record is both a dire warning and testament to resilience. The overall message being — seek truth about the world and oneself. 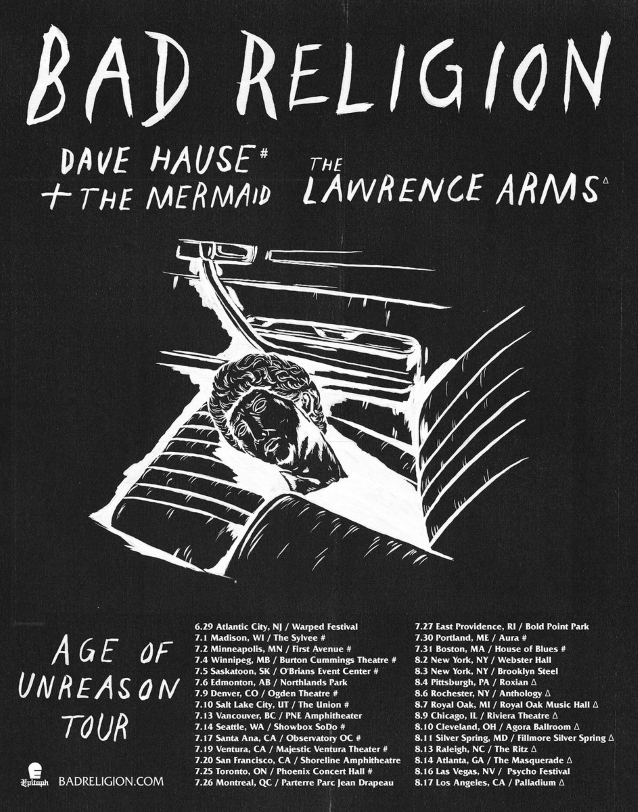