Playing to 50,000 people across the two shows, BABYMETAL delivered two completely different set lists each night, dedicating one show to their Light Force and one to their Dark Force, in front of a huge LED projection of the "Metal Galaxy" odyssey.

Track listings for the albums are as follows:

BABYMETAL's third studio LP, "Metal Galaxy" hit No. 19 in the U.K. official album chart, No. 1 No. 1 on Billboard's Top Rock Albums chart, becoming the first Asian act to land at No. 1, and No. 18 on the German chart.

"Metal Galaxy" was released in October via earMUSIC/Edel. The follow-up to 2016's "Metal Resistance" is based on the concept of "The Odyssey Of Metal Galaxy". 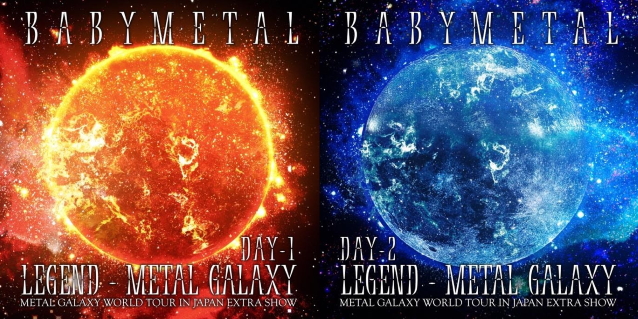