Japanese pop-metal band BABYMETAL is celebrating its tenth anniversary with the release of a greatest-hits album titled "10 Babymetal Years". Ten songs are featured on ten special editions of the LP, including a Regular Edition released on CD and vinyl; First Press Limited Edition A, containing a Blu-ray with all 16 of BABYMETAL's music videos on it; First Press Limited Edition B, which comes in a special vinyl-size CD cover containing ten newly taken photos of Su-metal and Moametal; and First Press Limited Edition C, which includes a Blu-ray featuring 10 Legend Movies, a special video of ten songs chosen by fans in the 10 Legend Songs Tournament. Members of the BABYMETAL fan club, The One, can also purchase The One Edition A, which includes a karuta battle set (Japanese playing cards); and The One Edition B, which comes with the "Chronicle Set", featuring a video containing interviews with the bandmembers. Also being made available are the Su-metal Edition, Moametal Edition, and Kobametal Edition, each of which comes with all three different Prophet Cards included in all the other editions mentioned and each with unique serial codes. These three bandmember editions also contain ten songs chosen respectively by each member of their personal favorite tracks the band has released. A special X Edition will arrive at a later date and will come with a mystery item that "Only The Fox God Knows", which will serve as the final piece of the puzzle to "10 Babymetal Years".

Speaking to Metal Hammer magazine, Su-metal said that she and Moametal are still on good terms with their former bandmate.

"We've been together for a long time — Yuimetal is like a family member to this group," she said. "Although she has left, we'll continue to support her and hope that she can pursue what she'd like to do in the future."

BABYMETAL manager Kobametal admitted that he was initially concerned about how the duo would react to losing their longtime bandmate.

"Obviously I was worried about them, but at the same time I respect each member — and both of them have become adults, and each of them are continuing BABYMETAL because they want to," he said. "I definitely appreciate that. There's a sort of trust between this group and I trust that they want to do it."

Yuimetal had been absent from BABYMETAL's activities since December 2017, when she was a no-show at a concert in Hiroshima. 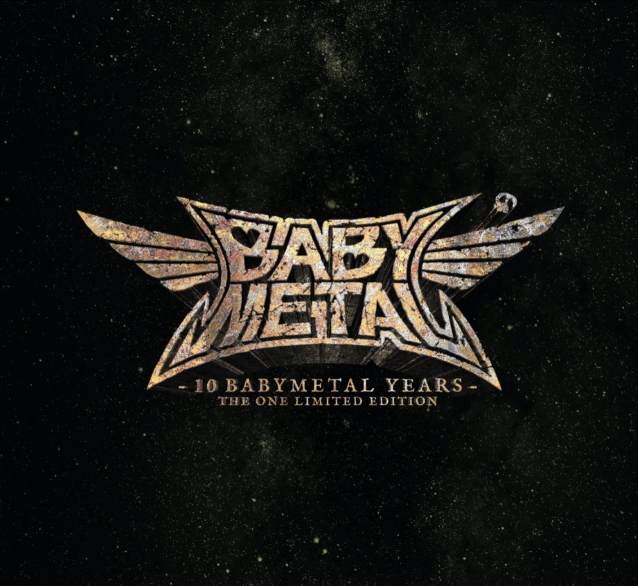