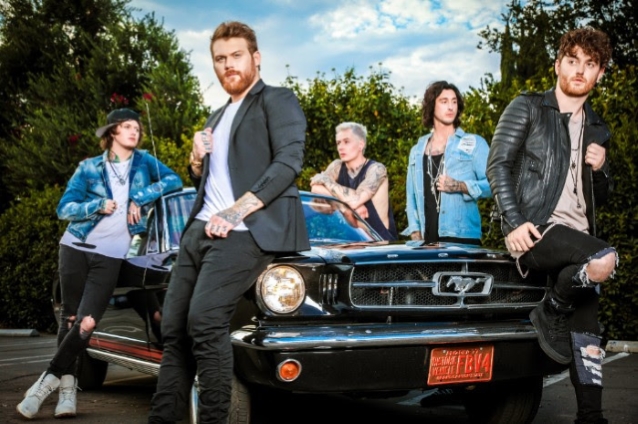 "Open up, drink it in, don't ask too many questions" — a fitting beginning to "The Violence", the brand new track from British rock outfit ASKING ALEXANDRIA released today, along with an accompanying seven-minute short film written and directed by Jensen Noen and presented by Scissor Films and Sumerian Films.

The band has been warning fans about the arrival of "The Violence" on social media this week with calls to dial a mysterious phone number that is answered by an automated message stating that "The time has come, they have the answers, the cure for the cancer that we've become." The more people that signed up, the more teaser content was revealed until today when it all becomes clear.

With an excellent reversal of standard horror troupes, the Tarantino-esque landscape created in short film "The Violence" sees humans as the infected and zombies their prey. We follow the plight of every day zombies: Cocaine Shane (Danny Worsnop), Peter (Ben Bruce), Disco Luke (Cameron Liddell), Phat Noah (James Cassells) and Waterboy Eric (Sam Bettley) as they are forced to battle the onslaught of the blood thirsty humans relentlessly hunting them down. Will they survive "The Violence"? You'll have to watch to find out.

The track itself is another in a long line of huge, hard-hitting, arena-filling rock anthems from ASKING ALEXANDRIA. Thunderous drum claps open the song, proceeded by a massive, bounding riff. Worsnop's vocals, soft at first, burst into his signature roar as the chorus hits and he bellows "All they wanted was violence." Lyrically the track is a biting statement on the toxic state of humanity.

Speaking on the new track and accompanying short film, guitarist Ben Bruce says: "We are back bigger, better, louder and more insane than ever before. This single encompasses everything we have been working towards. Huge guitars, anthemic drums and some of the catchiest, most technically accomplished vocals that Danny has ever delivered, and this is only just the beginning."

Continuing from this, Worsnop adds: "'The Violence' was an incredibly rewarding song to create. Ben and I both got to go way outside anything we'd done before and create something fresh and engaging.

"Thematically, the song is about the way mainstream media and politicians manipulate and spread mistruth amongst the people to encourage and create anger, fear, division, and conflict in their quest to control and acquire power. As the history books have shown, this only goes so far before the people stand up and say enough is enough.

"I hope everyone enjoys what we've created here. We had a great time making it, and even more fun shooting the video!"

ASKING ALEXANDRIA will debut the new track live when the band hits the road later this month for the "Who Do You Trust" U.S. summer tour with PAPA ROACH and BAD WOLVES, starting in Dallas on July 27 and ending in Las Vegas on September 1. 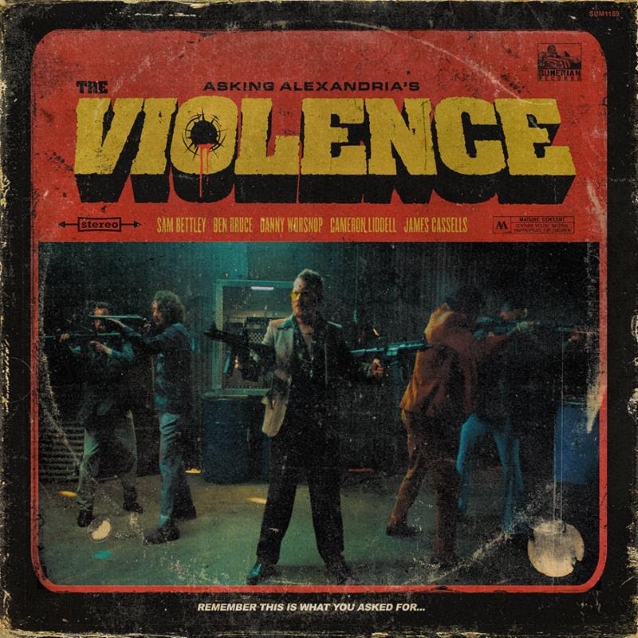