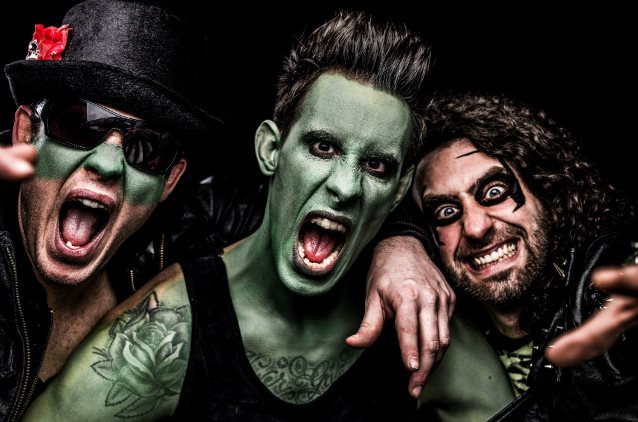 "I can't begin to express how excited we are to debut this project at eOne," says AMERICAN GRIM vocalist Ryan Healy. "We've worked relentlessly among ourselves, as well as with our producer Zardonic, to build an album we're confident has a great shot at striking a nerve in rock."

The music video for the album's title track, "Freakshow", can be seen below.

The song is available on all streaming services and will be an iTunes "instant gratification track," meaning fans who pre-order the album will get the "Freakshow" title cut as a download immediately.

Healy states about the disc: "There's an astounding problem in America with political correctness and all these taboo issues that are far more real than people think, all being swept under the rug. We have an entire generation of kids overly medicated and under educated that no longer know the difference between their own opinions and the manipulation of mass media.

"'Freakshow' isn't just an album, it's the current state of America, and we're looking forward to taking it on across the country." 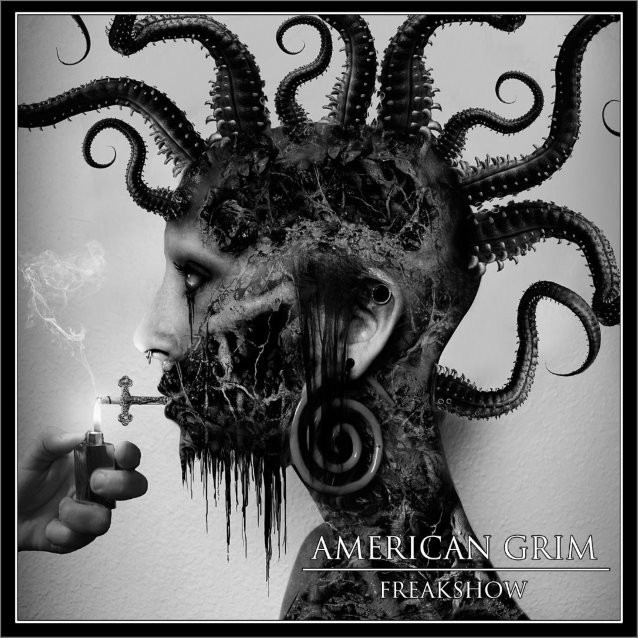