Nuclear Blast has announced the signing of the modern metal outfit AMARANTHE. The Swedish/Danish six-piece is currently working on its sixth studio album, which will tentatively be unleashed in 2020.

AMARANTHE's Olof Mörck states: "It feels amazing to unveil our cooperation with the giants at Nuclear Blast! Ever since we held our shiny new Nuclear Blast CDs in our teenage hands back in the mid-'90s, they have been at the forefront of bringing the best of the best to the metal scene, and to have them as partners is a dream come true! They are not only massively experienced in the metal scene, but also wonderful people and it has been a pleasure getting to know them. We are already nailing down great plans for the future, and things are looking brighter and stronger for AMARANTHE than ever! Keep your eyes open for our next leap forward together in the near future!"

Marcus Hammer, managing director of Nuclear Blast, adds: "We're more than happy to welcome AMARANTHE and Kult Management to the Nuclear Blast family. I've already been following the group for a while as they were touring with some of their new label mates. Being both great musicians and humans, that have a clear vision and are supported by an experienced team in the back, it was a no-brainer to try to win this outstanding band for our roster. Now we're stoked to be the new partner at their side pursuing one goal: adding a successful next chapter to their already shiny career. The future looks bright for both, AMARANTHE and Nuclear Blast." 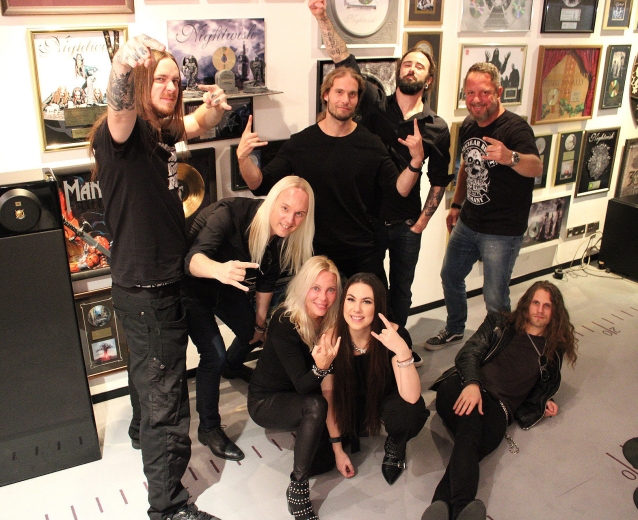