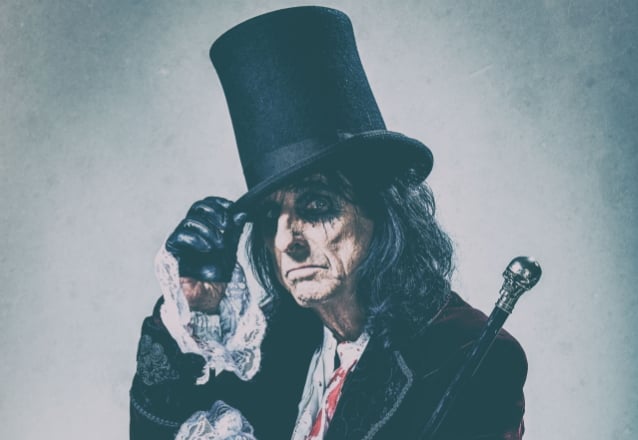 The theme of the parade, which honors the organization's 50th aanniversary, is "Gold Standard: A Commitment to CommUNITY."

For almost 50 years, singer, songwriter and musician Alice Cooper has impacted the music world with his unique theatrical and heavy metal rock performances. In the Phoenix metropolitan area, Cooper founded "Alice Cooper's Solid Rock," a faith-based organization that has a mission to make a difference in teens' lives by helping them meet the spiritual, economical, physical and social needs by offering a safe, engaging environment during non-school hours.

To boost the national profile of Arizona, help Arizona State in its postseason prospects and showcase Arizona as a major sports player, nine visionaries came together to bring a Bowl game to the Phoenix community.

Jim Meyer, Don Meyers and Bill Shover will represent the founders down the Parade route.

A pillar in the community for over 80 years, Desert Financial Credit Union has been the title sponsor of the Fiesta Bowl parade since 2018. Desert Financial has boasted custom floats, balloons and activations throughout the years and will continue the tradition of showing off the company's spirit of giving.

Joining the Parade family this year is Lerner & Rowe as presenting partner, after having worked with the Fiesta Bowl organization on several community relations projects over the past several years. The organization has been paying forward the law firm's achievements and success by assisting Arizona community organizations that serve children and families. The law office of Lerner & Rowe has been an Arizona staple since its founding in 2005 and was built on the principles of quality representation and a dedication to client service and satisfaction.

With the Desert Financial Fiesta Bowl Parade moving two weeks earlier, the state's highest-attended single-day event will enjoy its own spotlight on Saturday, December 18. Admission is free to the public with premium and reserved seating now available for sale at $30. The Parade is broadcast live on Arizona's Family 3TV, online and through the AZFamily app.

For more information about the events, the application process and to purchase tickets, visit www.FiestaBowl.org/parade.

"We are celebrating and honoring our 50 years of community impact and who better to lead the way than Arizona icon Alice Cooper and our legendary Fiesta Bowl founders, without whom we wouldn't be here today," said Mike Nealy, Fiesta Bowl executive director. "With the Desert Financial Fiesta Bowl Parade Presented By Lerner & Rowe being earlier this year, we get to celebrate and connect with our community like never before."

"It will be an honor to serve as grand marshal for this year's Desert Financial Fiesta Bowl Parade Presented By Lerner & Rowe. Riding on a float doesn't sound like a hard job and I can't wait to do so in my hometown," said Alice Cooper. "I appreciate the generosity of Fiesta Bowl charities in helping Phoenix-area teenagers. It's great when I see other organizations supporting similar organizations like our Solid Rock Teen Center to get the job done for members of our community."

"From the beginning, the Fiesta Bowl founders' vision was to create Arizona's largest and most important community effort in history. Over our 50 years, we have done just that," said Don Meyers, Fiesta Bowl co-founder. "Our collaboration and 'can-do' spirit were the foundation of the amazing impact Fiesta Bowl has had on and off the field ever since. The founders are honored to be grand marshals of the Desert Financial Fiesta Bowl Parade Presented By Lerner & Rowe, and to once again celebrate this incredible event with our community."

"We believe that together we can do more to impact our community and the Desert Financial Fiesta Bowl Parade Presented By Lerner & Rowe does just that, it brings people together," said Glen Lerner and Kevin Rowe, co-founders/partners at Lerner & Rowe Injury Attorneys. "Part of the fun in life is building meaningful relationships and celebrating the positive moments. The Parade offers our team another chance to do both, while fulfilling our mission to focus on our communities."