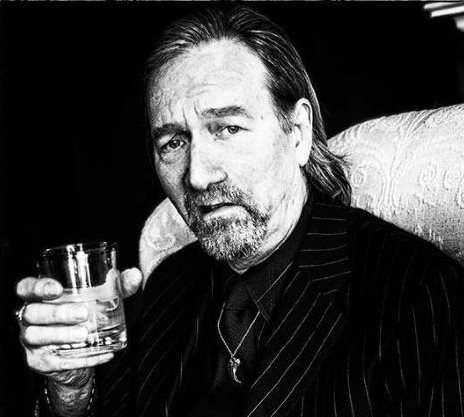 "Desolation Angels" is the theme song written, arranged and orchestrated by Rock And Roll Hall Of Fame drummer and founding member of the original ALICE COOPER group, Neal Smith, for the movie "Desolation Angels/Rise Of The BOAS". Neal also stars in the lead role as the ruthless Russian mob boss Yury Streinkov.

Watch the movie trailer below. Also available is Neal Smith's video for the song "Desolation Angels".

Says Neal: "The movie I star in and have been work on with Jayson Byrd, photographer-turned-movie maker, is finally complete after three years. I play the role of Yury Streinkov, brutal head of the Russian mob in the movie."

Jayson Byrd, a photographer who has shot everyone from Paul Newman to Bob Dylan to Edith Stapleton and Morris Carnovsky, has completed this full-length feature film in Fairfield County with no budget, an incredible achievement. Neal Smith is among the 40-plus actors in the film.

"Desolation Angels/Rise Of The BOAS" is a movie based on the morality issues raised in classical Greek mythology. The question continues to haunt man: Are we able to change our fate or is life predestined by the gods. The film was shot at more than 30 locations in Fairfield County Connecticut and environs.

In the film, a group of mercenaries are hired by a covert government agency to disrupt the relationship between the Russian mob and the Mexican drug cartels. The movie is old-style black-and-white and is two hours in length.