Alice Cooper has added a number of shows to its previously announced tour with Lita Ford. Most of the newly announced dates will also feature TESLA, with BLUE ÖYSTER CULT joining the bill in Minnesota.

"First of all, it's a full theatrical show," Alice said. "You know when you go to the carnival and there's that ride that's called 'The Nightmare Castle' and you get in it and you go through it. Well, that's what the stage looks like — it's 'The Nightmare Castle.' And so you can imagine what comes out of that. I can only say that there's a lot of surprises in the show, theatrically. And the music is gonna be A1+. It's the best band I've ever worked with."

Singling out guitarist Nita Strauss, Cooper said: "She's a force of nature — she really is — and one of the nicest ladies I've ever met in my life. [She] cannot wait to get on stage. Everybody in the band is like that, though; everybody in the band are best friends.

"I always tell my band one thing. I said, 'I can guarantee you three things: you're gonna get paid, you're gonna see the world, you're gonna get stitches,'" he said. "Everybody in the band has had stitches at some point. Because the swords I use on stage are not rubber. In fact, the one sword that I use on stage actually belonged to Errol Flynn. I kind of wield this… Every once in a while, if you get too close, you might get hit on the arm or the leg or someplace… It's a matter of pride. 'Did you get your stitches yet?' 'Yes, I did.' It's like your mark."

Cooper's latest release —– the six-track "Breadcrumbs" EP, described as a tribute to the garage-rock heroes of his hometown of Detroit — was released in September via earMUSIC.

In a recent interview with Consequence Of Sound, Cooper said that "Breadcrumbs" serves as preview of sorts for his next studio album, which will be released later this year. 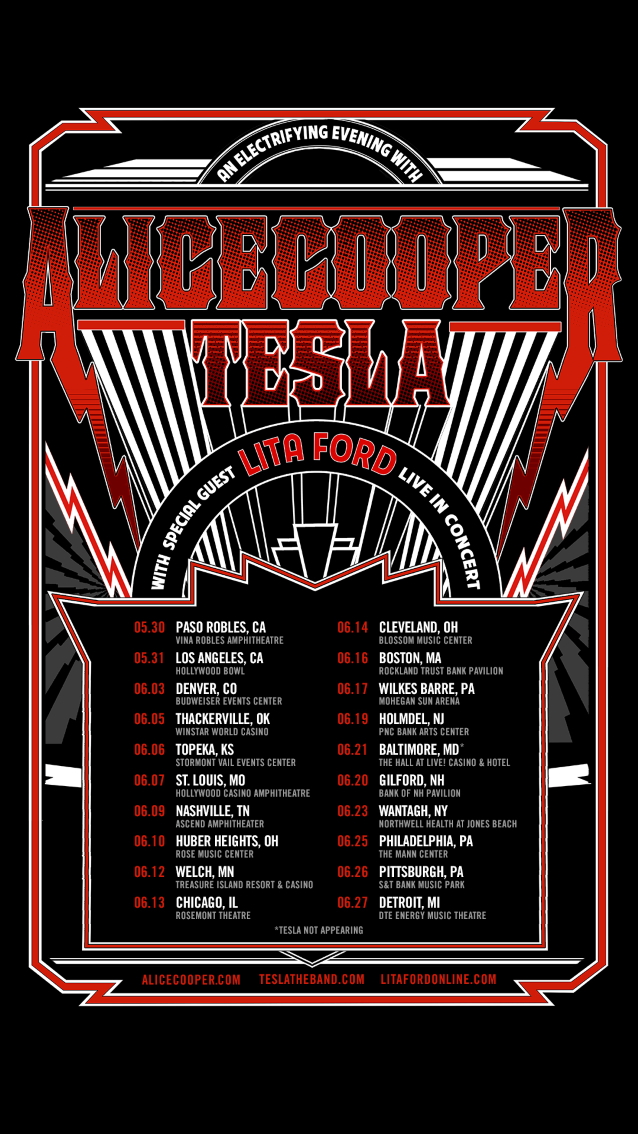