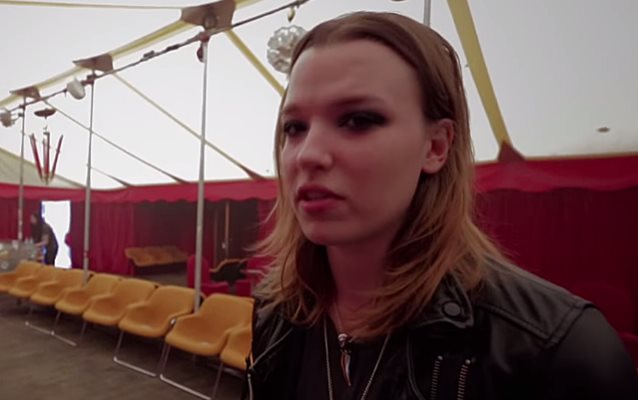 The members of HALESTORM invited Germany's Gibson to spend a day with them as they played at Lido in Berlin on April 22. Check out the footage below.