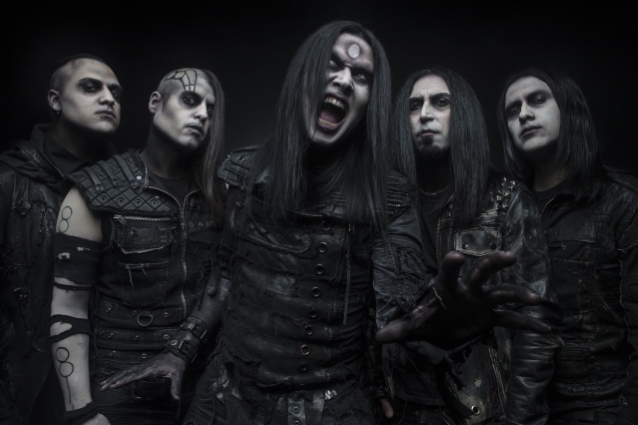 At this year's Bloodstock Open Air festival, Wednesday 13 spoke to the Nuclear Blast YouTube channel about his plans to work on the follow-up to his band's latest album, 2017's "Condolences". "We get home from this festival, and we're taking a little bit of time off — not much; like, two weeks — and then we're all getting together and collaborating, all the music we have," he said (see video below). "And then we're going to spend September and October writing and recording, or demoing, everything. And then we go into the studio December 4th to start recording the new album. So it will be written and recorded, finished by mid-January. So that is the plan."

Wednesday 13 will continue to support "Condolences" by embarking on a North American tour this fall. Several dates will include performances with legendary guitarist John 5 and shock-rocker DAVEY SUICIDE.

"Condolences" was released in June 2017 via Nuclear Blast Entertainment. The follow-up to 2015's "Monsters Of The Universe" was produced by Chris "Zeuss" Harris, who previously worked with Wednesday 13 and guitarist Roman Surman on the 2010 MURDERDOLLS album "Women & Children Last". The artwork was created by Travis Smith (OPETH, KATATONIA, NEVERMORE).