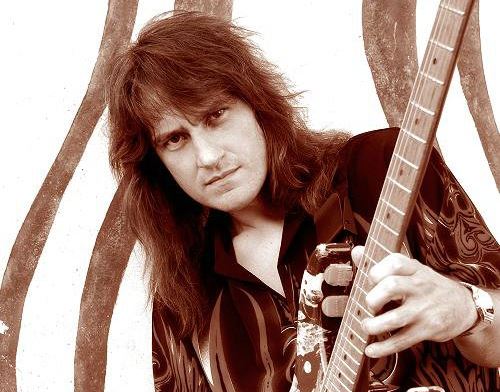 Following the "Beyond Life and Cosmic Kinetics" (a.k.a. B.L.A.C.K.) app/digital release in November 2012, Jarzombek has re-worked a couple of tracks from his 2009 archives release "PHHHP! Plus", "Razor Blade Baby" and "Blessed Corpse". Retitled "Razor Blade Babies" and "B. C. 2013", both songs have been re-recorded with current sounds, production, and with a few extras thrown in.

"I had planned on releasing these two 'remakes' as multi-tracking apps months ago," Ron says. "Due to an M.I.A. programmer and Apple's ever-changing requirements for submitting apps and problems with iOS7, I have not been able to release them. When 'B.L.A.C.K.' was released, the app came first, then months later the four digital singles. Rather than continue to wait for something to happen with the songs as multitracking apps, I just decided to release them as digital singles. If the apps happen at a later time, great, if not, oh well."

Jarzombek is currently focusing on finishing up his instructional DVD, "Dissecting Bugs", on which he will play all guitar parts, and explain all of the music theory involved in the writing of the BLOTTED SCIENCE "The Animation Of Entomology" EP.

"Since I will be taking apart everything, it will appropriately be called 'Dissecting Bugs'," Ron says. "Many thanks to the fans who have shown interest in the DVD, have been asking me where to pick it up, and about a release date. At this point, I'd say possibly early 2014, but as usual, don't hold me to any definite release dates."

He continues: "BLOTTED SCIENCE is in the early stages of writing for a third release, which will be a full-length CD. At this time, Alex [Webster, bass; CANNIBAL CORPSE], Hannes [Grossman, drums; OBSCURA] and I all have other projects happening, but come early 2014 we will kick it in to high gear."

In other news, Jarzombek is a featured guest on the new PROTEST THE HERO album, "Volition", trading licks with PROTEST THE HERO's Luke Hoskin on the song "Drumhead Trial".

"I've been a fan of these guys for several years, so it's really cool to have been asked to contribute and be a part of this album," Ron says. "It was also great playing with Chris [Adler, LAMB OF GOD drummer, who played on 'Volition'] again."

Jarzombek has also tracked a guitar solo for Grossmann's upcoming solo CD, "The Radial Covenant", which is the subject of an ongoing IndieGoGo crowdfunding campaign. 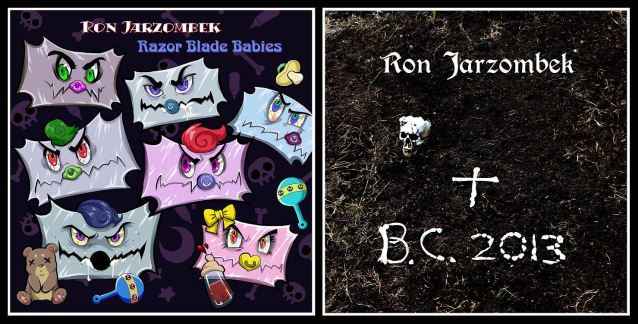