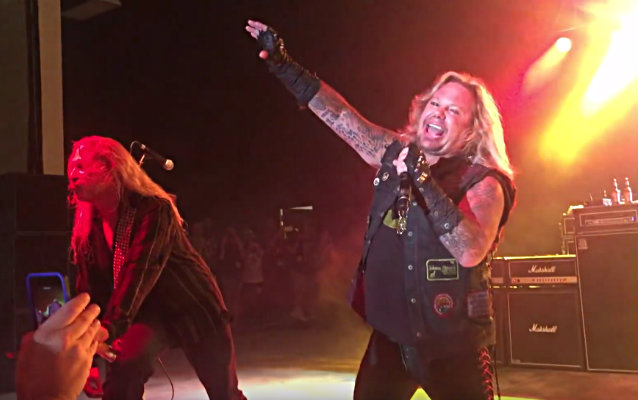 Fan-filmed video footage of MÖTLEY CRÜE singer Vince Neil performing with his solo band on June 18 at Pompano Beach Amphitheater in Pompano Beach, Florida can be seen in the YouTube playlist below.

In a recent interview with Palm Springs Life, Neil was asked how he "still hits those higher registers" after all these years and what he does to keep his voice in shape. He responded: "I have an old road singer/saloon singer mentality. I love performing; that's what I do. I'm thrilled to be there, and I've done it so much. Younger, up-and-coming singers will say, 'Hey, Mr. Neil, what do you do?' And I say, 'Don't do what I do, for God's sake!' I go in a bathroom, and [yells], 'Hey! Heyyyyy!!!' I scream. Even the guys in [my solo] band go, 'What the fuck?' I do the worst thing you probably should, but it works for me. Everybody has a thing that works for them — but what I do for myself, I wouldn't suggest."

He continued: "It's been bulletproof over the years. Everybody gets sick sometimes and gets laryngitis, but I've been pretty lucky, especially in that higher-register stuff. And we don't back away from it. It's exactly where all the original tunings were. I understand a lot of people don't want to do that, but if someone calls something out, I go, Fuck it! Let's do it!'"

Neil also spoke about MÖTLEY CRÜE's legacy, six months after the band played its last-ever concert. He said: "It's forever. 'The End', the movie of the final show, is coming out in the theater [on June 14], and there's also going to be the movie 'The Dirt' [based on the band's 2001 best-selling, warts-and-all group autobiography]. I see it in the reaction to the songs, you know? I could be walking into a place just picking up a prescription or something, and somebody's got an old MÖTLEY shirt on."

"Listen, I love the stuff. I proudly call [my solo] tour 'The Legacy Continues'. You have to live every day like it could be your last, but I also plan on doing some great things ahead. I am who I am in my own skin, and I'm okay with it." 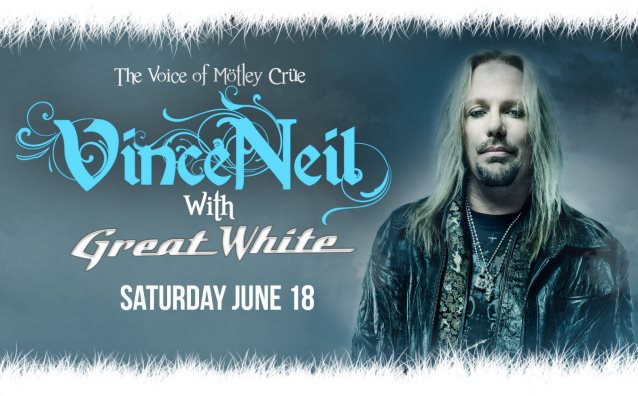