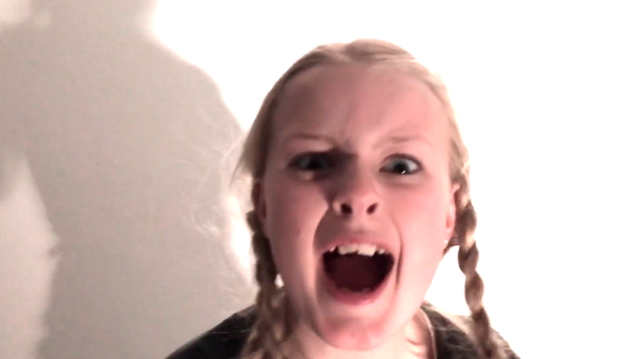 DARKANE guitarist Christofer Malmström has shared a video of him playing a cover of the SLAYER song "Angel Of Death" while accompanied his 12-year-old daughter Amanda on vocals.

The two-and-a-half-minute clip, which can be seen below, opens with Christofer running through the opening riff of DIO's "The Last In Line" before abruptly stopping and switching gears by launching into the aforementioned "Reign In Blood" classic.

Last year, DARKANE celebrated the 20th anniversary of its debut album, "Rusted Angel", by performing the LP in its entirety at select European shows.

DARKANE's latest album, "The Sinister Supremacy", was released in summer 2013 via Massacre Records.

Vocalist Jens Broman left DARKANE in August 2011 due to "personal issues" and was replaced by Lawrence Mackrory, who previously sang on DARKANE's debut album, "Rusted Angel" (1999), and made a guest appearance on the song "Chaos vs. Order" on the band's 2002 effort "Expanding Senses".

For the last few years, Christofer has been a member of the Swedish tribute band HARDROCK HOUNDS, which performs "covers of the best hard rock tunes you remember from the '80s."