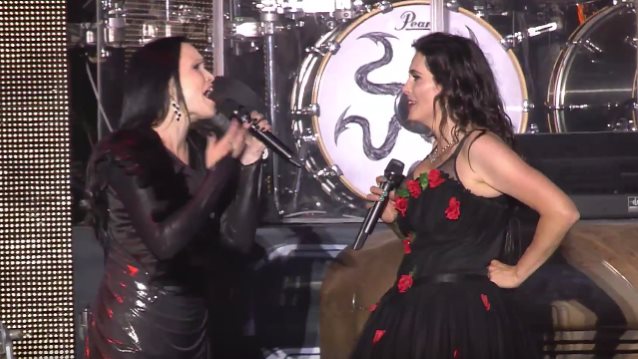 Former NIGHTWISH singer Tarja Turunen joined Dutch symphonic rockers WITHIN TEMPTATION on stage on June 18 at Hellfest in Clisson, France to perform the song "Paradise (What About Us?)". Professionally filmed video footage of her appearance — preceded by the WITHIN TEMPTATION song "Mother Earth" — can be seen below.

The studio version of "Paradise (What About Us?)" — also featuring Tarja — can be found on WITHIN TEMPTATION's sixth studio album, "Hydra", which came out in January 2014.

WITHIN TEMPTATION frontwoman Sharon Den Adel previously stated about the band's collaboration with Turunen: "When we had written the first version of 'Paradise' and listened back to the demo we'd recorded and the epic power of the song, we thought of Tarja instantly. How well this track would fit her classical voice and how extra special it would be if we sang it together. The more we thought about this wild idea, the more excited we got about it!"

Following several video trailers teasing the track, fans speculated on the band's Facebook page who the duet would be with, some guessing it couldn't possibly be a "competing" artist like Tarja. However, the two singers had no hesitation joining forces, having never thought of themselves as competitors. Sharon continued: "Of course I didn't know what to expect from Tarja, as we'd never actually met in person 'till June [of 2013]. Our first encounter was via a Skype call we'd set-up to discuss the collaboration and we immediately clicked, not only creatively but personally. After we'd spoken, it felt completely natural that we would do this together!"

Tarja added: "It was very nice to finally meet Sharon and the WITHIN TEMPTATION guys. I truly appreciate the invitation and the opportunity to work with them on their song 'Paradise'. So wonderful that they thought of me! I hope our fans will like this 'girl power' duet!"

The song and accompanying music video share a central theme; that only constructive cooperation can lead to creation. To establish a new paradise, rising from the ashes of the old, we must work together. 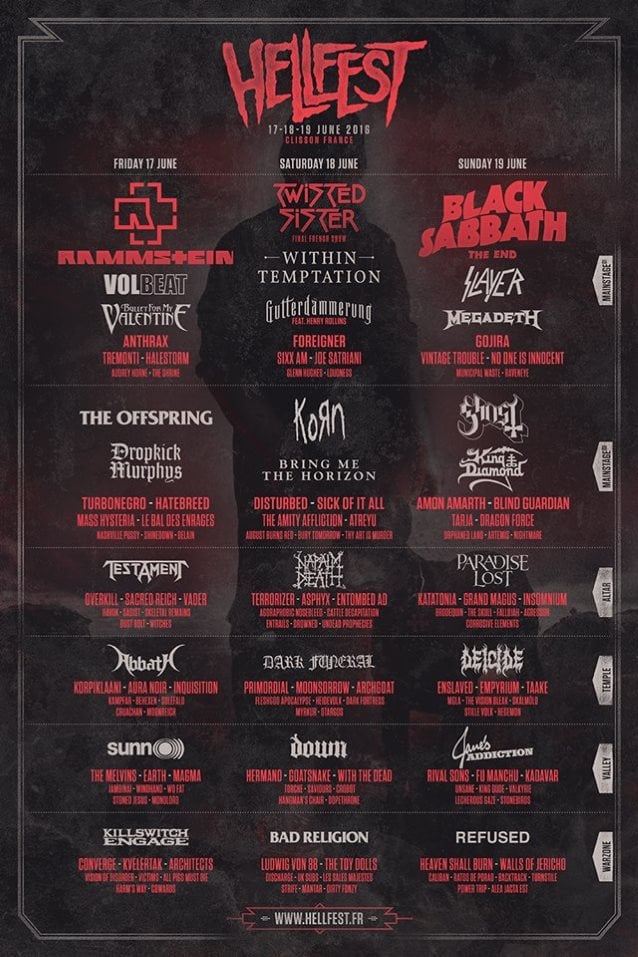