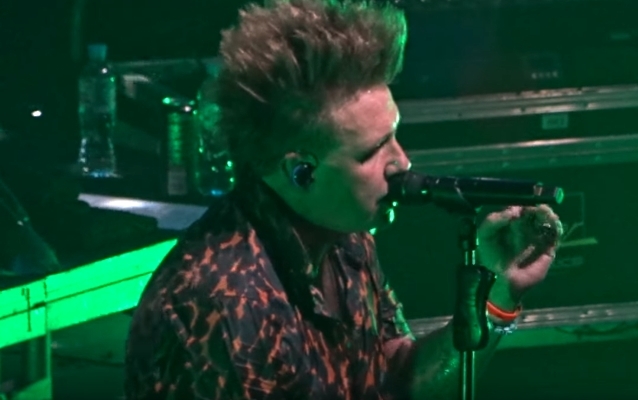 Fan-filmed video footage of PAPA ROACH's entire June 2 concert at Adrenaline Stadium in Moscow, Russia can be seen below.

The band is continuing to tour in support of its latest album, "Who Do You Trust?", which arrived in January. The disc was produced by Nick "RAS" Furlong and Colin Cunningham except for "Top Of The World", which was produced by Jason Evigan.

PAPA ROACH is currently in Europe for a string of headline and festival shows before returning home for a North American trek that begins on July 27 in Dallas.

The band's second full-length record and first major label release, "Infest" peaked at No. 5 on the Billboard 200 chart and has been certified triple platinum for sales of three million copies in the U.S. alone. It featured the massive hit single "Last Resort". 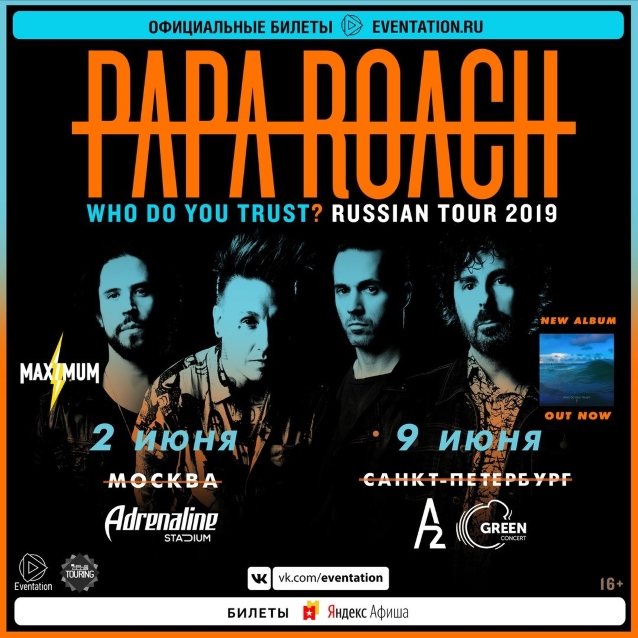