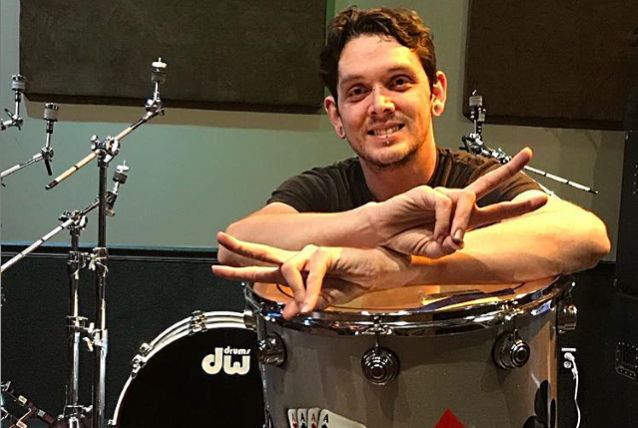 "The Plowzone" radio show with host Scott Plowman has uploaded video footage of Justin McBrain, the 27-year-old son of IRON MAIDEN drummer Nicko McBrain, playing drums. Check it out below.

Justin is a member of the South Florida-based rock band TRACK NINE, which released its debut album, "Taking On Water", earlier this year. According to the group's official bio, TRACK NINE boasts "a diverse sound with a widespread influence." The band's mission statement reads: "Music is food for the soul and we will satisfy your hunger with various herbs and spices. Songs that will move you, songs that will soothe you, and songs that will set your spirit free."

Justin made headlines in April 2013 when he was arrested in Boca Raton, Florida for alleged burglary and theft.