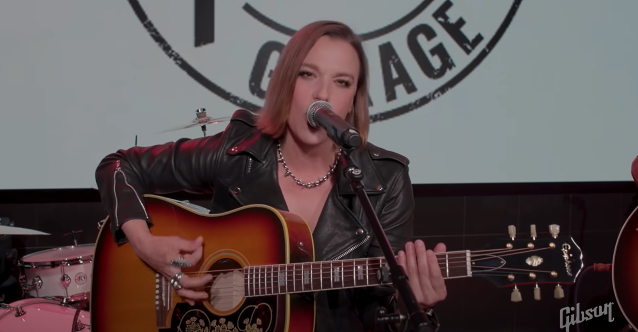 Lzzy Hale and Joe Hottinger of HALESTORM played a two-song acoustic set on June 6 as part of the global concert "Gibson Live: A Celebration Of Artists To Benefit Gibson Gives" in celebration of the opening of the Gibson Garage. You can now see them performing "Amen" and "The Silence" below.