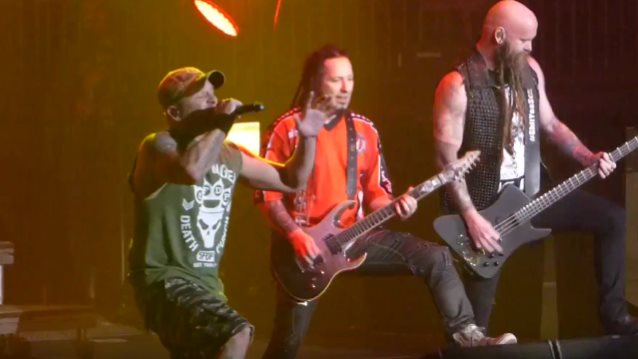 Fan-filmed video footage of the Hershey concert can be seen below.

FIVE FINGER DEATH PUNCH guitarist Zoltan Bathory explained the band's decision to finish out the trek with a replacement singer: "Ivan is our brother and we fully and wholeheartedly support him taking care of himself so he can get well as soon as possible. We discussed possibly canceling the remaining shows but the responses from the other bands on the tour were so overwhelmingly supportive that we decided to move forward and deliver the great night to the fans that they expect."

Labonte, a former Marine and close friend of Moody, once before saved the day for KILLSWITCH ENGAGE in 2010 when their singer at the time, Howard Jones, left the band mid-tour. Phil said: "I got their six and stepped up right away. I'm honored to be able to help FIVE FINGER DEATH PUNCH to finish their tour and give Ivan a chance to take care of himself. I did the same for KILLSWITCH ENGAGE years ago. I was humbled to get the call and get a chance to play in front of such a great audience."

FIVE FINGER DEATH PUNCH was forced to cut a show in Worcester, Massachusetts on November 28 short because Moody was unable to perform. Although it was reported that Moody was overcome with grief over the illness and possible death of someone close to him — not his mother as initially reported — a number of audience members reported that he appeared to be intoxicated and disoriented.

Moody previously had an onstage meltdown during a May 2015 show in Memphis. The incident was blamed on his abuse of alcohol and drugs. He entered rehab after that.

Bathory told The Pulse Of Radio a while back in happier times that Moody was a true rock 'n' roll spirit. "He's very much the 'last pirate,' the middle finger of this generation, you know what I mean?" he said. "He's really the guy who jumps in a car anywhere in the world and says, 'Yeah, let's go' — no passport, no papers, nothing, just goes anywhere. He's really the last free spirit, he pretty much just lives for the now, you know, does what he feels like doing. So there's something admirable, for me at least — I'm looking at, like, I wish I could do that." 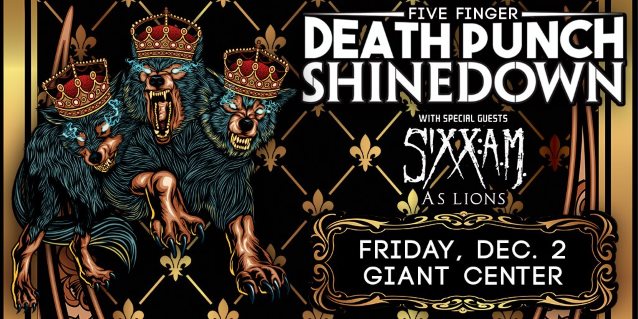