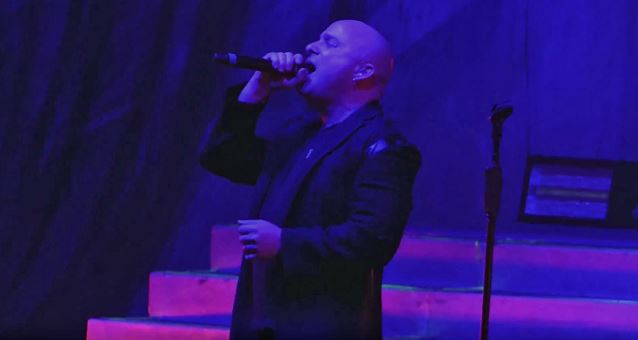 Fan-filmed video footage of DISTURBED's October 9 performance at the Santander Arena Reading, Pennsylvania can be seen below.

As previously reported, DISTURBED's sixth studio album, "Immortalized ", was officially certified gold on September 23 by the RIAA (Recording Industry Association of America) for sales of more than 500,000 copies. The certification came seven months after RIAA started including on-demand audio and video streams and a track sale equivalent in gold and platinum album award.

DISTURBED's record label, Warner Bros., credited the song's popularity to the video for "Silence", which was released in December 2015. To date, the clip has been seen more than 114 million times, a record number of views on YouTube for the group.