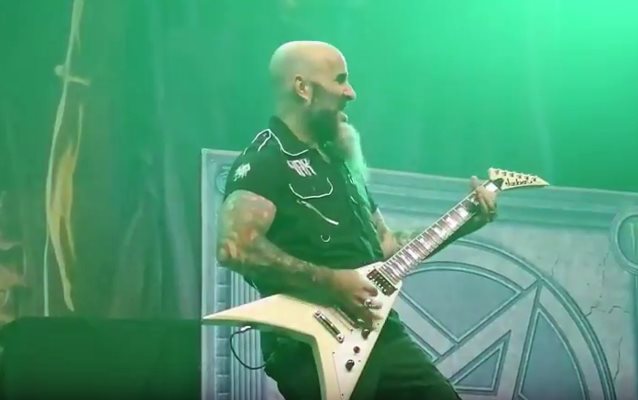 Fan-filmed video footage of ANTHRAX performing the song "You Gotta Believe" on June 14 in Cork, Ireland can be seen below.

ANTHRAX's latest album, "For All Kings", sold 34,000 copies in the United States in its first week of release to land at position No. 9 on The Billboard 200 chart. According to Billboard, ANTHRAX was last in the top 10 back in 1993 with "Sound Of White Noise", which debuted and peaked at No. 7. "For All Kings" also gave ANTHRAX its largest sales week for an album since "Sound Of White Noise"'s second week on sale (40,000; it debuted with 62,000).

ANTHRAX will join forces with SLAYER and DEATH ANGEL this fall for a seven-week North American beat down. The dates start in Cleveland on September 9 and will hit both major and secondary markets across the continent. 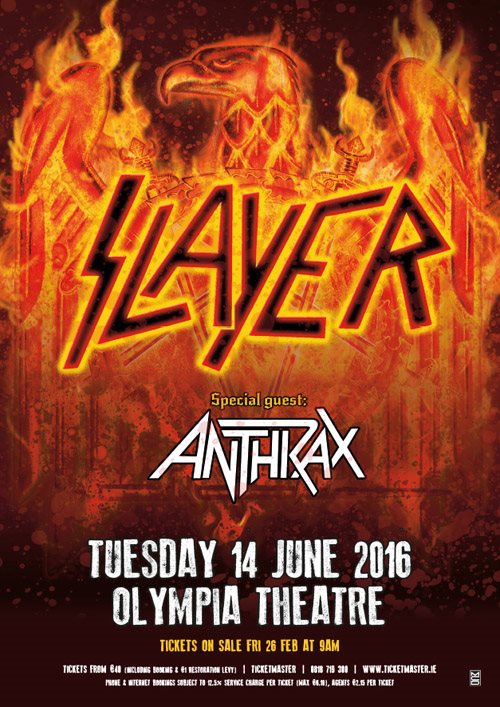