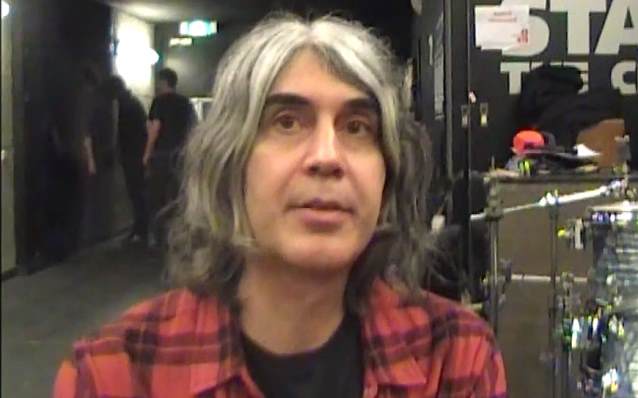 Brazil's Wikimetal podcast recently conducted an interview with drummer Michel "Away" Langevin of Canadian metal innovators VOIVOD. You can now listen to the chat using the SoundCloud widget below.

VOIVOD's new album, "Target Earth", sold around 1,500 copies in the United States in its first week of release. The CD was issued on January 22, 2013 via the band's own company, Iron Gang Factory, and Century Media.