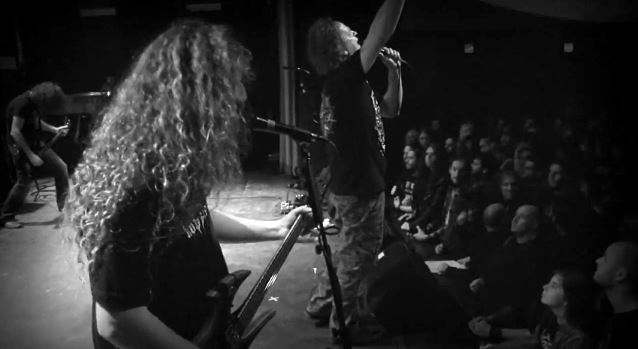 Multi-camera video footage of Canadian meal innovators VOIVOD performing their new song "We Are Connected" on February 6 in at Club Soda in Montreal, Quebec, Canada can be seen below.

Asked about VOIVOD's plans to record the follow-up to 2013's "Target Earth" album, drummer Michel "Away" Langevin told Josh Rundquist (a.k.a. That Drummer Guy): "We wanna release a bunch of seven-inch [singles] first. We have many split seven-inch [singles] coming up this year — the first one with AT THE GATES in April, and the new want to do another one with NAPALM [DEATH], and another one with CORRECTIONS HOUSE, and so on. But eventually we'll write a whole bunch of songs and compile everything into an album, I would say, early next year. Right now we're sort of touring on the new single that came out the first day of the [current] tour in Miami, 'We Are Connected'. But this is coming out in April as a seven-inch with AT THE GATES."

Asked if "We Are Connected" is a good representation of VOIVOD's direction for the next album, Away said: "Absolutely. It's shameless prog rock, but it's VOIVOD, and the thrash metal [influences are] there. It's what we do naturally. We are working on two new songs in the back of the bus on the computer, and it's definitely the same direction as 'We Are Connected'."

VOIVOD and NAPALM DEATH have joined forces for a North American tour, aptly dubbed "Through Space And Grind". 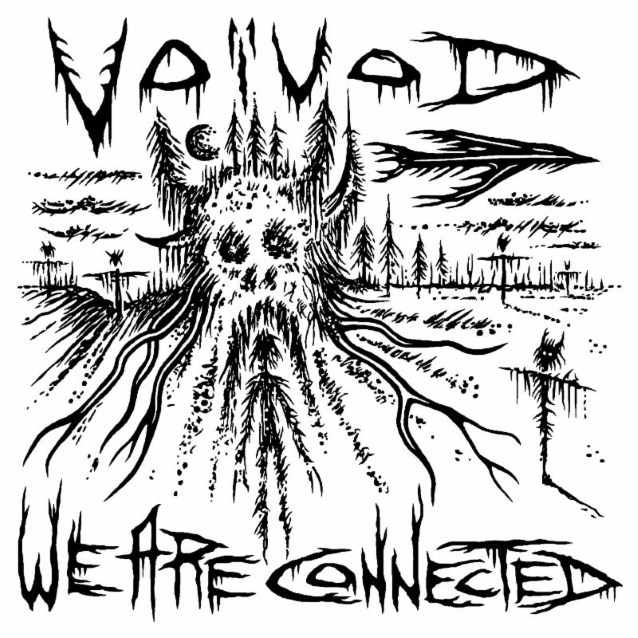