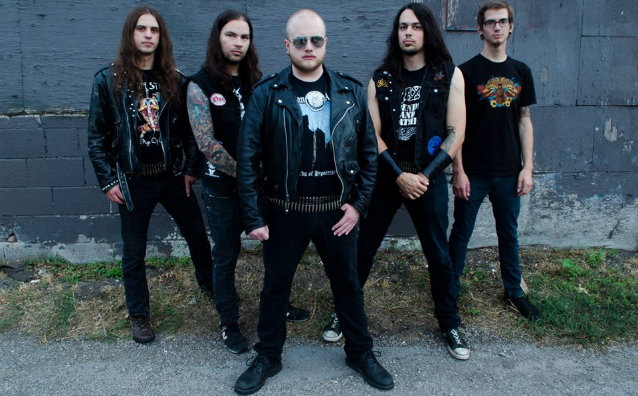 VISIGOTH has been blazing a path through the metal underground since its inception in 2010. The release of its "Vengeance" demo in 2010 and the "Final Spell" EP in 2012 earned the band praise from throughout the underground scene in North America and Europe.

VISIGOTH plays heavy metal that hearkens back to the golden age of ironclad riffwork and powerful vocals. They pay tribute to the titans of steel that left their mark on the history of the genre, and their earth-shaking sound echoes with a deep reverence for their roots. VISIGOTH goes above and beyond mere imitation, making their own musical mark on the genre they lovingly embrace. In VISIGOTH's realm, there are no frills, no gimmicks; there is only heavy metal.