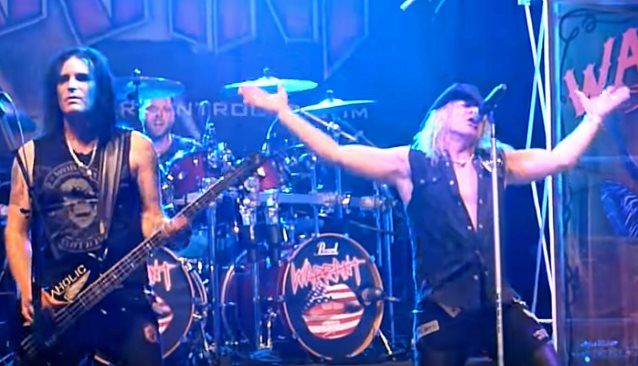 Fan-filmed video footage of WARRANT's April 1 performance at Sioux Falls Arena in Sioux Falls, South Dakota can be seen below.

WARRANT's new studio album, "Louder Harder Faster", will be relased on May 12 via Frontiers Music Srl. The disc was recorded with producer Jeff Pilson, a veteran bassist who has played with DIO, FOREIGNER, DOKKEN and T&N, among others, and was mixed by Pat Regan except for the song "I Think I'll Just Stay Here And Drink", which was mixed by Chris "The Wizard" Collier (FLOTSAM AND JETSAM, PRONG, LAST IN LINE).

Former WARRANT singer Jani Lane suffered from "acute ethanol poisoning" when he died in August 2011 at a Comfort Inn motel room in Woodland Hills, California. The singer had battled alcoholism for years and also had a history of alcohol-related arrests. 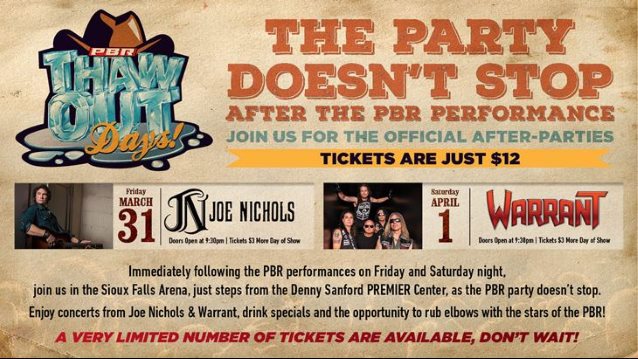