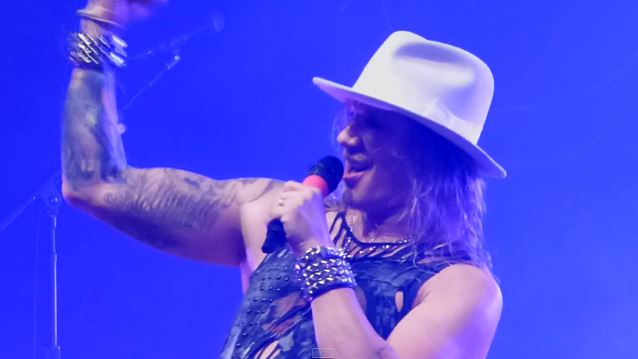 Fan-filmed video footage of STEEL PANTHER's March 26 performance in Wiesbaden, Germany can be seen below.

STEEL PANTHER's current setlist includes the Los Angeles-based band's musical response to Kanye West following the rapper's unexpected appearance onstage this year's Grammy Awards. The track, in which STEEL PANTHER accuses West of sounding like everything from "hamster turds" to "a donkey fart," also references KISS frontman Paul Stanley's comment about West, saying that "Beck should kick you in the nuts with steel-toed boots." The one-minute tune concludes with STEEL PANTHER's "Michael Starr singing: "You're friggin' hypocritical. I hope you get the cancer on your Johnson and your testicles."

West came up onstage during Grammy Awards when Beck's "Morning Phase" was announced as the surprise winner of "Album Of The Year." Although many at first assumed West was jokingly re-enacting his storming of the stage when Taylor Swift won a few years back, the hip-hop star later blasted the Grammys in a rant in which he suggested that Beck should have given his award to Beyonce.

According to The Pulse Of Radio, Beck told Us Weekly, "I was just so excited he was coming up. He deserves to be on stage as much as anybody. How many great records has he put out in the last five years, right?" As for beating out Beyonce for the award, Beck added, "I thought she was going to win. Come on, she's Beyonce!"

Beck was nominated for "Album Of The Year" twice before, in 1997 for "Odelay" and 2001 for "Midnite Vultures", and lost both times.

West said after the ceremony, "I just know that the Grammys, if they want real artists to keep coming back, they need to stop playing with us. We ain't gonna play with them no more… and Beck needs to respect artistry and he should've given his award to Beyonce."

West didn't back down, saying on February 9, "Beck knows Beyonce should have won… I love Beck. But he ain't have album of the year."

According to The Pulse Of Radio, GARBAGE singer Shirley Manson weighed in on the issue with an open letter to Kanye on Monday, in which she wrote, "It is YOU who is so busy disrespecting artistry. You disrespect your own remarkable talents and more importantly you disrespect the talent, hard work and tenacity of all artists when you go so rudely and savagely after such an accomplished and humble artist like Beck."

Manson continued, "You make yourself look small and petty and spoilt. In attempting to reduce the importance of one great talent over another, you make a mockery of all musicians and music from every genre, including your own. Grow up and stop throwing your toys around." 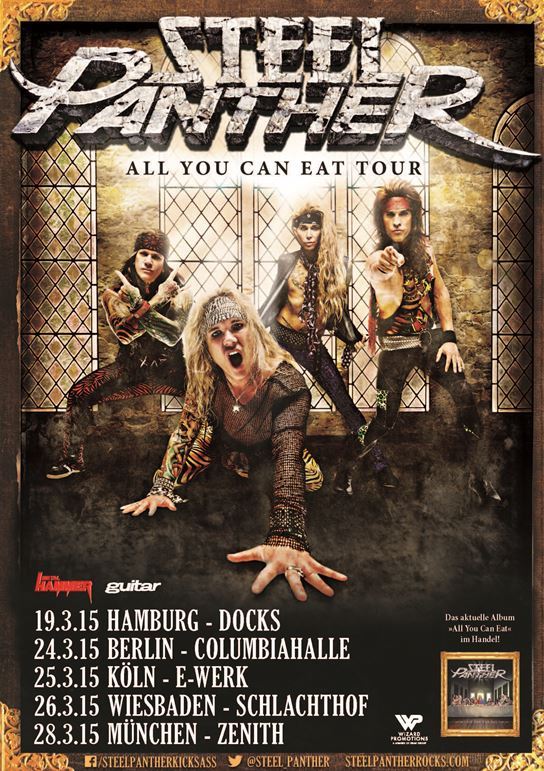