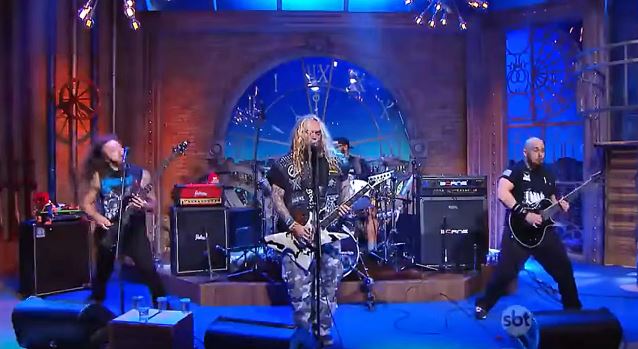 On April 6, SOULFLY performed on a Brazilian TV show called "The Noite". You can now watch video footage of the band's appearance below.

Drummer Zyon Cavalera did not play with SOULFLY on the band's South American tour, which concluded on April 16 in Santo Domingo, the Dominican Republic's capital city. Filling in for him was Kanky Lora, who plays drums for SOULFLY guitarist Marc Rizzo's solo band.

SOULFLY will embark on a four-week U.S. headlining tour this weekend. Joining them on the trek will be brutal death metal legends SUFFOCATION, Metal Blade recording artists BATTLECROSS, as well as ABORMALITY and LODY KONG. 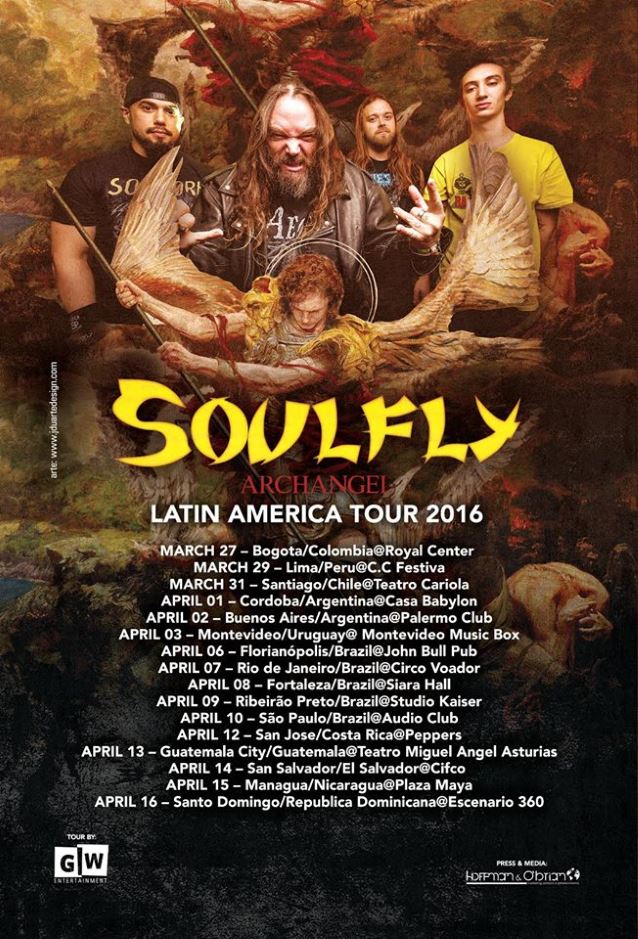