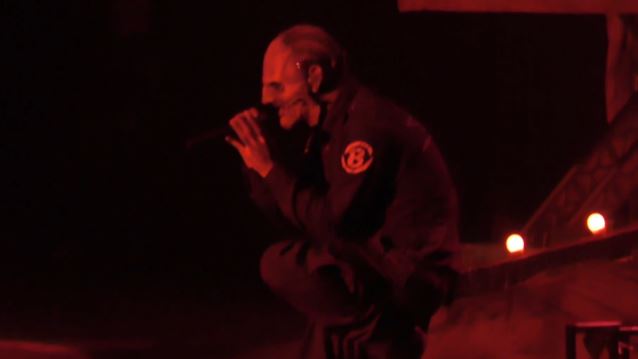 Fan-filmed video footage of SLIPKNOT's February 5 performance at László Budapest Sportaréna in Budapest, Hungary can be seen below.

As previously reported, SLIPKNOT frontman Corey Taylor was asked in an interview recently with Milan, Italy's Linea Rock if he thought it was possible that the band would ever go on tour without the members wearing masks. Taylor replied, "No. I don't think you'll ever see a SLIPKNOT 'unmasked' tour. Everybody asks me that, and it's such a part of what we do, and it helps us really embrace the music that we make. I couldn't see that happening. And to everyone who thinks that (the masks are) just a gimmick, live in it and you tell me it's a gimmick, you shitheads."

"Custer" is the latest single from SLIPKNOT's 2014 album, ".5: The Gray Chapter", which came out in October.

The summer jaunt follows a brief spring run that SLIPKNOT will launch on April 25 in Fort Myers, Florida, ending on May 16 in Grand Rapids, Michigan. 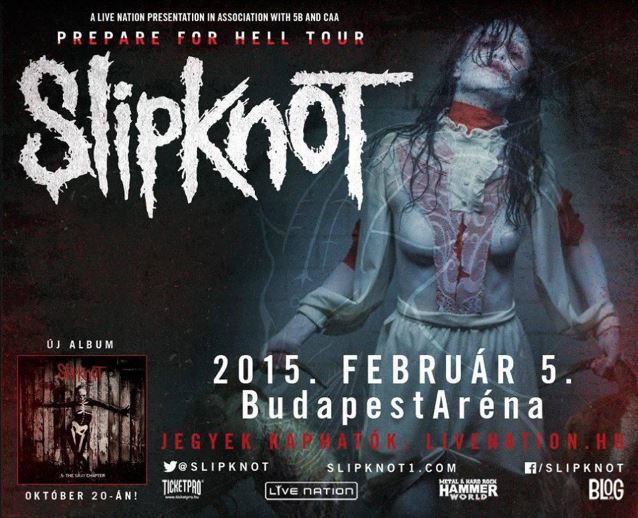