Karl Agell, who sang on the classic CORROSION OF CONFORMITY (C.O.C.) album "Blind" (1991), and founding C.O.C. member Reed Mullin (drums) performed the entire original version of the "Blind" LP on Sunday, November 9 at the Lincoln Theatre in Raleigh, North Carolina. Agell and Mullin were joined in the group by Scott Little and TR Gwynn from Agell's band LEADFOOT, and Jerry Barrett, who was previously in BAD BRAINS singer HR's solo group. The concert was a benefit for Katherine Ludwig, former editor of the long-running heavy metal magazine Metal Maniacs, who is battling non-Hodgkin's lymphoma.

Randy Ada of ISeeRockStars has uploaded multi-camera video footage of the show. Check it out below.

Commented Mullin, "I only heard about Katherine's medical problems a month ago, and the minute after I was on the phone with Karl Agell to see if he'd be into doing a benefit for her.

"I'm not sure folks today know just how instrumental [Katherine] was in introducing and exposing your typical 'metal maniac' of the early '90s to so many badass bands. A lot of which, like C.O.C., had never been given an audience like that before. We had been in fanzines with circulations of maybe a couple hundred, but Metal Maniacs was thousands and thousands! A great advocate for little known underground metal, as well as hardcore/punk bands, she promoted the 'Blind' album to the point where by the end of the year it was on virtually everyone's top ten metal albums of 1991.

"I can't overstate how important she was to C.O.C.'s success. Without her, 'Blind' wouldn't have sold what it did. And after that, I don't think it's a stretch to say there probably would never have been a 'Deliverance' album.

"Katherine Ludwig is wonderful person and I hope we can give back a little for all the goodness she gave us."

A Facebook page has been launched to "relieve some of the burden to ease costs that go along with all of the guts and glory that go along with chemo, and cancer, and everything and everything that will help" as [Katherine] helped all of you," reads a note from organizer Alicia Morgan, who worked as Ludwig's assistant and was editor for several issues of the magazine.

Writes Morgan: "[Katherine would] cover bands before they were on the mainstream radar: SEPULTURA. VOIVOD. PRONG. KREATOR. WHITE ZOMBIE. OBITUARY. CATHEDRAL. CRO-MAGS. NEUROSIS. EYEHATEGOD. CARCASS. CORROSION OF CONFORMITY. She gave a voice to underground punk/doom and crust bands like the AMEBIX, DEVIATED INSTINCT and WINTER. She gave a platform to unsigned bands and zines. In her editorials, she wrote about issues that meant something to her. Racism. Sexism. Human rights. Animal rights. Vegetarianism. Homophobia. Even if she got flack about it, she'd soldier on, and call people out."

You can donate directly via Ludwig's PayPal at veganithaca@yahoo.com or through the medical crowd funding web site YouCaring. 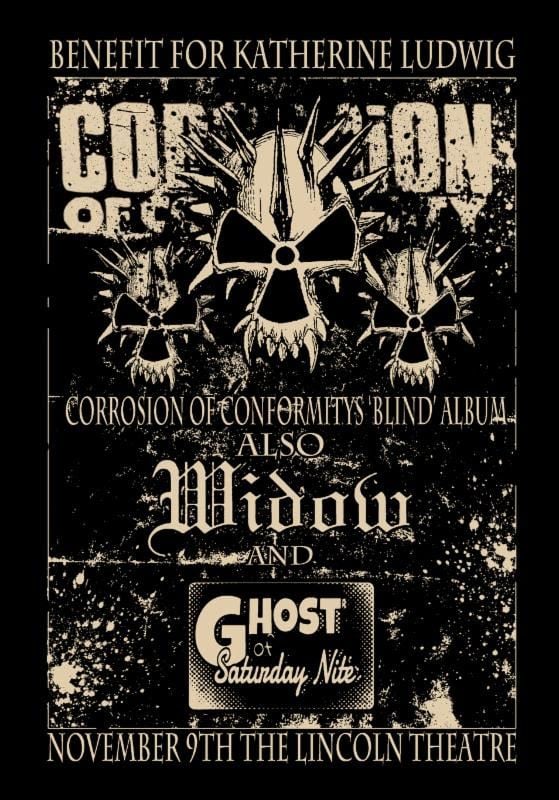