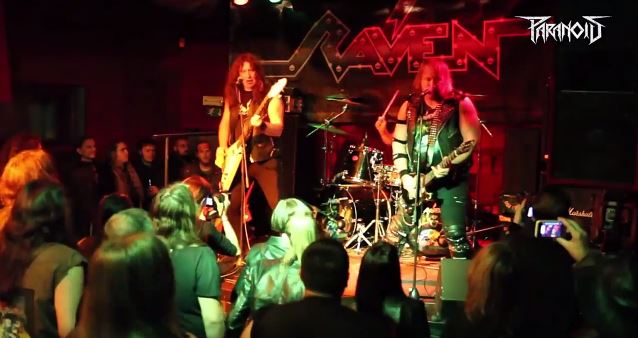 Slovenian metal webzine Paranoid has uploaded video footage of RAVEN's first-ever performance in Slovenia, which took place on October 11 at Orto Bar in Ljubljana. Check out the clips below.

RAVEN's new album, "ExtermiNation", was released in April via SPV/Steamhammer. The effort was made available as a digipak version (including one bonus track), 2LP gatefold green vinyl version and as a digital download.

RAVEN raised more than $27,000 in a Kickstarter crowd-funding campaign to finance the recording of its new studio album. The band recorded a full-length covers CD titled "Party Killers" that was given away as an exclusive Kickstarter reward for backers. The group also offered exclusive t-shirts, patches, and a seven-inch vinyl single via the campaign.

In a recent interview with Zombietrol Productions RAVEN bassist/vocalist John Gallagher stated about the band's musical evolution: "We've never stood still. You can instantly tell it's the band, but we don't sound… From album to album, it always sounds a little different; it really does. We do try to push the envelope and bring different elements into what we're doing. But it's a balancing act. You don't wanna completely — which, I mean, we've done it before in the past — you don't wanna completely alienate your audience or your mission statement, as it were. You know, the band's sound is built on melody, structure and chaos… When you put [the chaos] in, then that's when the magic happens. You've gotta have that little bit of uncontrolled lunacy going on there, and that's a big part of what we do. And it's a big thing that's missing in a lot of music today. I mean, we're listening to DEEP PURPLE right now. I mean, c'mon, man! That's the bible. You listen to 'Made In Japan', that's five guys interacting with ESP [extrasensory perception], not knowing what's gonna happen next. When I hear something that's just pat, the guy obviously worked his guitar solo out for six months before he went into the studio and it's all arpeggios and tapping. And that's all great, but is there any soul or fire or passion? That's what I wanna hear, you know." 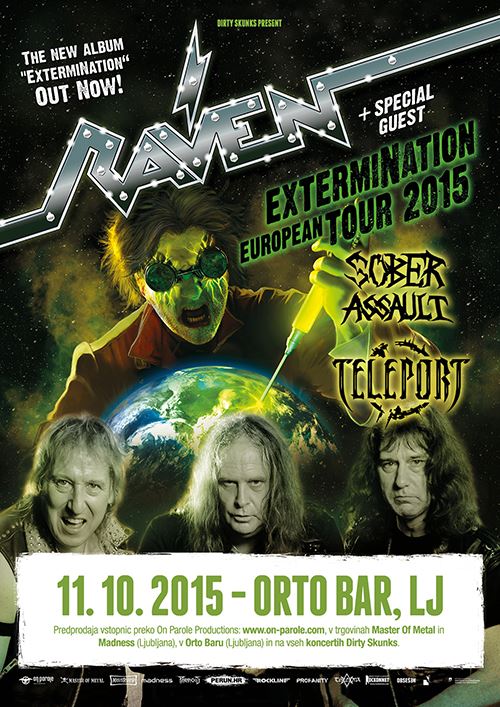