"American Made", the new video from TWISTED SISTER singer Dee Snider, can be seen below. The song is taken from Dee's latest solo album, "For The Love Of Metal", which was released on July 27 via Napalm Records. The disc, which was produced by HATEBREED vocalist Jamey Jasta, features contributions from Howard Jones (ex-KILLSWITCH ENGAGE), Mark Morton (LAMB OF GOD), Alissa White-Gluz (ARCH ENEMY), Joel Grind and Nick Bellmore (TOXIC HOLOCAUST), and Charlie Bellmore (KINGDOM OF SORROW).

Snider stated about the song: "I was watching the Olympics and couldn't help but notice that no matter how 'at each other's throats' we all appear to be politically these days, amazingly we are all unified when it comes to our country against another. It made me realize that countries are like dysfunctional families: we may argue and fight amongst each other — you should have seen the extended Snider family Christmas this year; people literally almost came to blows. On Christmas!? — but should someone dare attack any one of us and the entire family will band together against the aggressor. This goes for all countries. This song is a song on unification — recognizing that there is a very important something we all share and should be proud of: where we are from."

Speaking to Chris Annunziata of the New Jersey radio station 90.3 WMSC-FM, Snider said about "For The Love Of Metal": "This is a really exciting album I did not expect to make, especially at this point in my life. I was doing Jamey Jasta's podcast, and he challenged me to make a contemporary rock record. And I was, like, 'Who's producing?' He said, 'I am.' And so we went in the studio [with] no record deal, and people started flocking [to appear on the LP]. It just amazed me, the enthusiasm and excitement that these younger musicians — younger than me, at least — had for working with Dee Snider and being a part of this project." 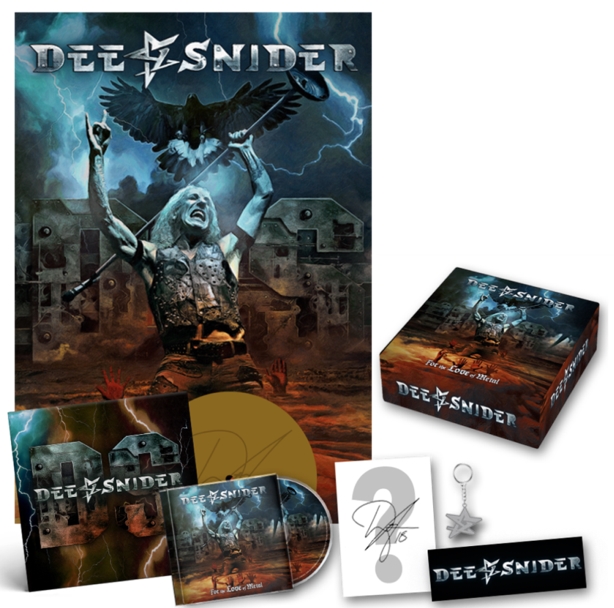