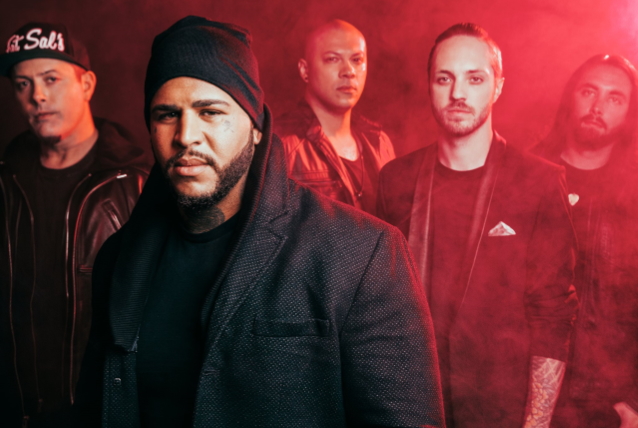 "I'll Be There", the new Bryan Ramirez-directed video from BAD WOLVES, can be seen below. The song is taken from the band's upcoming sophomore album, "N.A.T.I.O.N.", which will be released in the fall via Eleven Seven Music.

BAD WOLVES singer Tommy Vext recently told HardDrive Radio about the making of the band's new disc: "Gutars and bass were tracked in [Las] Vegas with Max Karon, who is one of John's [Boecklin, drums] oldest friends, who also works for GHOST. And then we did production and vocals in L.A., at Sparrow Sound studio, with Joseph McQueen, who, his partner is Josh Gilbert from AS I LAY DYING. He did all the vocals on the first BAD WOLVES record. And then John flew to Nashville and did drums with Mark Lewis. So we went to all our favorite places to deal with each instrument accordingly."

He continued: "You go where the magic is. Everybody has their way. It's like outsourcing expertise. I've never recorded with anybody, over my 20-year career, that does my vocals better than Joseph. And he's gonna mix the record. And Mark Lewis is a monster at capturing drums. Him and John are really good friends. And Max is so proficient. It just makes everybody's life easier, the tonality that we were able to get. Just like the band's music is a concatenation of all these different influences of different genres, the recordings are as well."

Vext also revealed that BAD WOLVES have recorded another cover, following the band's massive breakout success last year with its rendition of the 1993 CRANBERRIES classic "Zombie".

"Zombie" surfaced on BAD WOLVES' debut LP, "Disobey", which came out in May 2018 and has also yielded the follow-up single "Hear Me Now", featuring Diamante, which reached No. 2 on the rock chart.

Guitarist Doc Coyle spoke to Australia's Loud about the musical direction of the band's second album. He explained: "It's diverse. There's stuff that's probably heavier, as or more heavy than the last record... And then there's some really catchy, kind of more mainstream stuff to cover that end of it, and a lot of stuff in the middle." 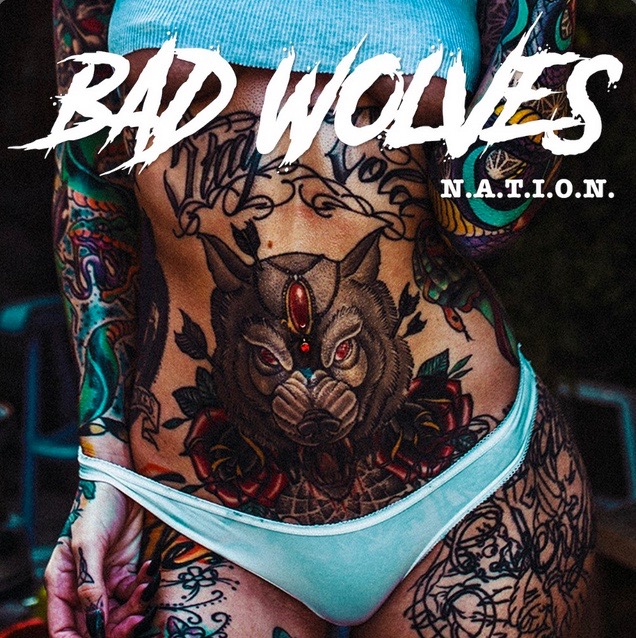