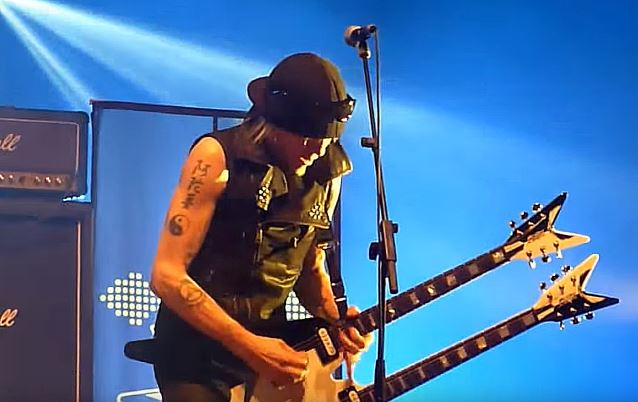 Fan-filmed video footage of MICHAEL SCHENKER'S TEMPLE OF ROCK's November 8 performance at Le Bikini in Toulouse, France can be seen below.

As previously reported, MICHAEL SCHENKER'S TEMPLE OF ROCK's November 19 concert at Joy Eslava in Madrid, Spain was professionally filmed and recorded for a new DVD, to be released in early 2016. In addition, the band will enter the studio in the spring to begin work on its third album, tentatively due in 2017.

"We have got two albums done now, 'Bridge The Gap' and 'Spirit On A Mission', with the same lineup — Doogie White [vocals], Herman Rarebell [drums], Francis Buchholz [bass], Wayne Findlay [guitar, keyboards] and myself — and it's developing into a very stable band," guitarist Michael Schenker told Metal Shock Finland.

"Spirit On A Mission" was recorded at Kidroom Studios in Münster, Germany; the same studio where 2013's "Bridge The Gap" album was laid down. The CD was produced by Michael Voss and Michael Schenker, and engineered by Voss.

Former RAINBOW singer Doogie White was described by Schenker as an "extremely creative individual with a fantastic range and a voice that never stops". "How many people do you know that can sing nine shows in a row, without a day off and still have a voice with a range like his?" said Schenker. "He's a real trooper." 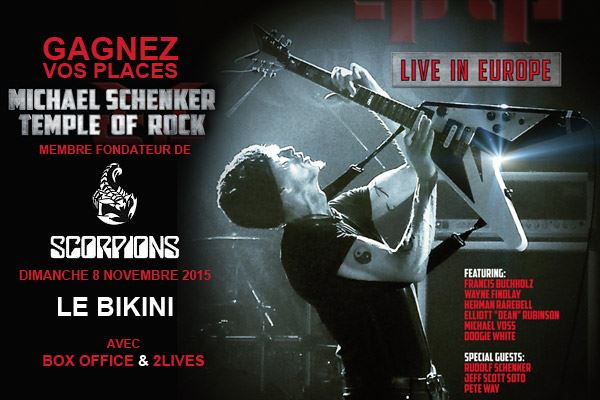