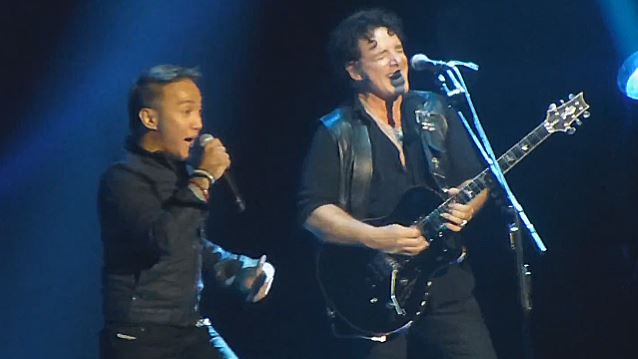 Fan-filmed video footage of last night's concert can be seen below.

JOURNEY is blazing hotter than ever with the lineup of founder Neal Schon (lead guitar and backing vocals), Jonathan Cain (keyboards and backing vocals), co-founder Ross Valory (bass and backing vocals), Deen Castronovo (drums, percussion and backing vocals) and Arnel Pineda (lead vocals). Through persistence and raw talent, the band has reached rare heights by selling more than 15 million copies of its "Greatest Hits" album, earning a total of 19 Top 40 singles, receiving a star on the Hollywood Walk Of Fame, producing 25 gold and platinum albums and now headlining its first-ever residency at The Joint.

Since its formation in 1973, JOURNEY has kept the music alive with classic-rock radio airplay and a touring schedule unlike any other. TV series such as FOX's "Glee" and HBO's "The Sopranos" have also made the group's song, "Don't Stop Believin'", a sensation decades after its release.

"The Joint is known worldwide for bringing the biggest artists into an intimate musical playground," said Chas Smith, vice president of entertainment for Hard Rock Hotel & Casino. "We're excited to add JOURNEY to our list of legendary resident acts that have performed at this venue."

"JOURNEY is an iconic band and their songs resonate with music enthusiasts across the board," remarked Bobby Reynolds, vice president of booking for AEG Live Las Vegas. "Fans will hear all of JOURNEY's timeless hits at The Joint. We cannot wait to offer concertgoers this epic experience."

Tickets to "Journey Las Vegas" start at $59.50 (plus applicable service fees) and are on sale at the Hard Rock Hotel Box Office, online at www.axs.com/journeylasvegas or by calling 888-9-AXS-TIX. For JOURNEY VIP packages including premier seats, exclusive gifts, pre-show receptions and more, please visit www.vipnation.com. 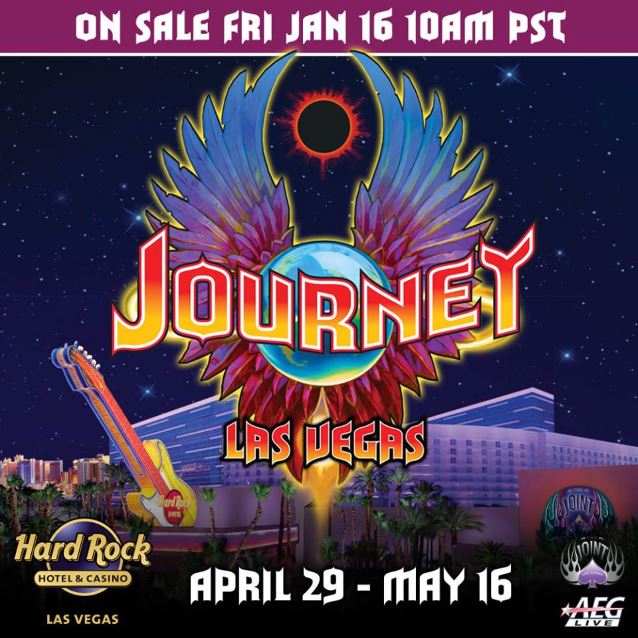