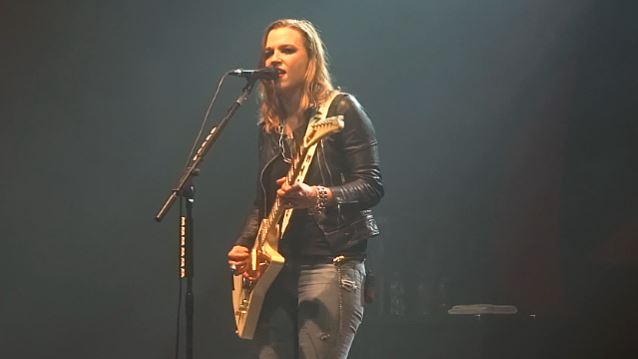 Fan-filmed video footage of HALESTORM performing three new songs — "Amen", "Apocalyptic" and "Mayhem" — on March 2 in Norwich, England during the band's U.K. headlining tour can be seen below.

HALESTORM has released a new video for "Amen", taken from the group's upcoming album, "Into The Wild Life". Singer Lzzy Hale told The Pulse Of Radio that the process of recording the album was unlike anything the group had done before. "Basically, you know, all of the tracks that you'll hear on this record, all the basic tracks, we did live in this beautiful studio in Nashville — beautiful church studio, actually — and we all were in the common room in a circle and had to play every song over and over again until we were all kind of riding the same wave, and all the parts were done, you know, as a performance," she said.

The new disc follows up HALESTORM's Grammy-winning 2012 sophomore effort, "The Strange Case Of…"

HALESTORM is currently on the road in Europe and will begin a North American tour with THE PRETTY RECKLESS on April 22 in Nashville. 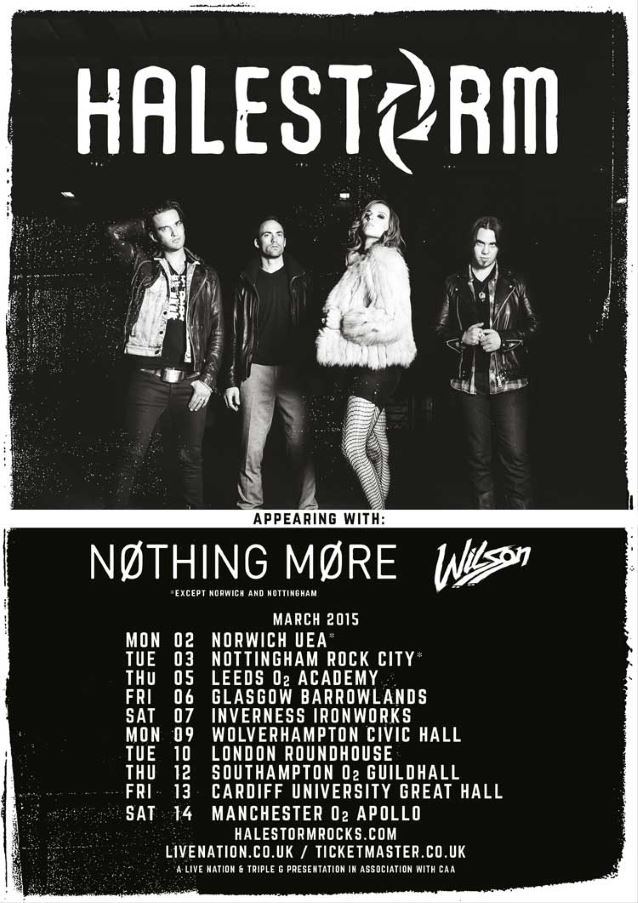