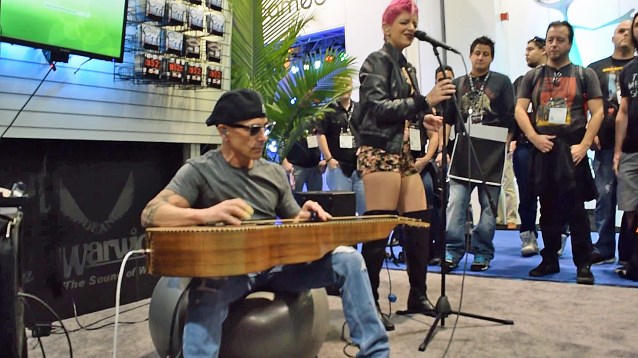 Metal Life has uploaded video footage of P.S. (PAIGE SPITZ), the project featuring former ANTHRAX guitarist Dan Spitz and singer/songwriter Michaela Paige, performing at the Cleartone Strings booth at this year's NAMM show on January 23 at the Anaheim Convention Center in Anaheim, California. Check out the clip below.

As the lead guitarist and co-founding member of the band ANTHRAX, Spitz has sold more than 20 million albums worldwide for songs he has co-written, been nominated for three Grammy Awards, crossed the globe on more than fifty arena tours spanning 32 countries on five continents, released ten studio albums and upwards of another 50 derivates of them. One of the ANTHRAX songs he co-wrote was even played on Mars to awaken the NASA Curiosity Rover 2012, making him the world's first intergalactic heavy metal recording artist.

Dan Spitz is a born-again Christian and Messianic Jew and in interviews has frequently cited his faith as an influential component to his life.

Spitz took part in the reunion of ANTHRAX's classic lineup in 2005 and 2006 but left the band after ANTHRAX's most recent split with singer Joey Belladonna. 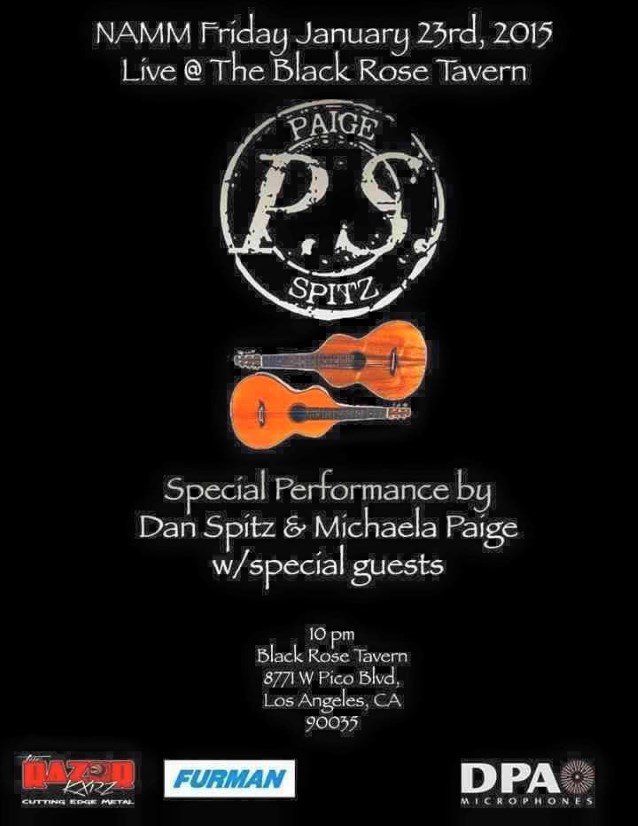