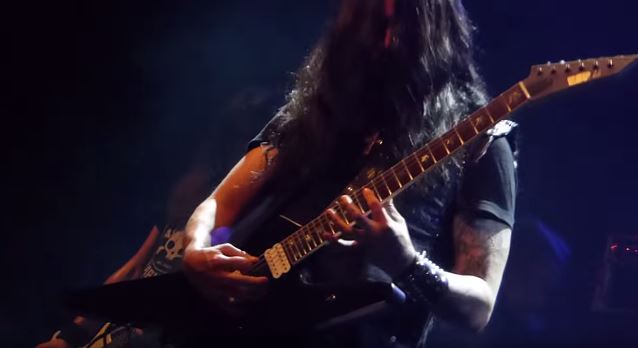 Fan-filmed video footage of Greek guitar virtuoso Gus G., well known in rock and metal circles for his work as Ozzy Osbourne's guitarist and as leader of his own band FIREWIND, performing on September 25 at Trädgår'n in Gothenburg, Sweden can be seen below.

Gus G. is currently touring Europe as the support act for KAMELOT. Also appearing on the bill is KOBRA AND THE LOTUS.