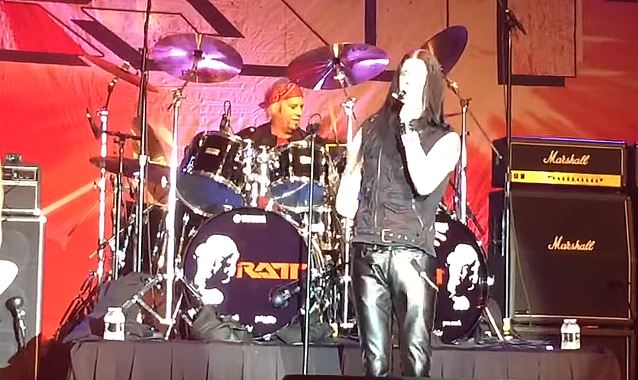 Fan-filmed video footage of RATT's December 26 performance at the Hard Rock Rocksino in Northfield, Ohio can be seen below.

According to RATT drummer Bobby Blotzer, a court ruling was made last month denying RATT guitarist Warren DeMartini's request for an injunction to prevent Blotzer from using and touring under the RATT trademark.

In his October 20 notice of special motion to strike and special motion to strike DeMartini's complaint pursuant to California's anti-SLAPP statute, Blotzer's attorney wrote: "While [DeMartini] has slowed down over the years, some say he has suffered hearing loss which does not allow him to play the guitar as he once did... Also, Blotzer has a innate desire as an artist to continue to perform the music of RATT for the throngs of people that desperately want to see the music performed live; he is not comfortable just going gently into that goodnight. He wants to continue to rage against the dying of the light.

"Blotzer is the only band member that has wanted to consistently tour and bring great music to the fans. Since, at least 2011, [DeMartini] has refused to tour and record multiple times when the other then current members of the band were requesting [DeMartini] to do so, and there were opportunities available for the band. Most recently, this last April [DeMartini] emphatically refused to go out on tour even though requested to do so by Blotzer when opportunities presented themselves to Blotzer and [DeMartini].

"[DeMartini] seems to argue in his Complaint that he has never refused to tour, but simply wanted to tour with the original members of RATT. This argument fails for two reasons. First, [DeMartini] previously toured with a band, using the RATT moniker, which consisted of three non-original band members. Hence, [DeMartini] has already demonstrated his willingness to play with non-original members under RATT making his whole argument a fraud. Second, the only current members of the band, at least as of April 2015, were the [DeMartini] and Mr. Blotzer, as Juan Croucier had left the band in 1997 and Stephen Pearcy has publicly stated since 2011 that he would not play or tour with RATT any further. And yet [DeMartini] still stated to Mr. Blotzer, when the opportunity to tour presented itself, that he would only play with the original members.

"Despite [DeMartini's] assertions to the contrary, the demand for RATT is seeing levels that is hasn't seen in over ten years. The reports from music professionals, RATT fans, and those in entertainment news are that the current line-up of RATT is a great show for fans, has performers that are excellent musicians, are creating a new 'buzz' for RATT, and, as some say, are better than the original line-up of RATT. Already, RATT is booking performances through the 4th quarter of 2016 based on promoters' knowledge and experience with this new line-up." 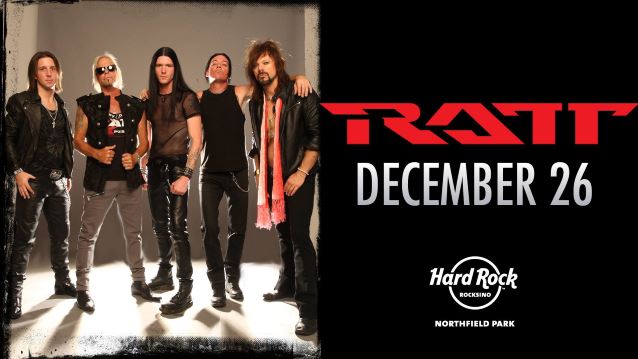