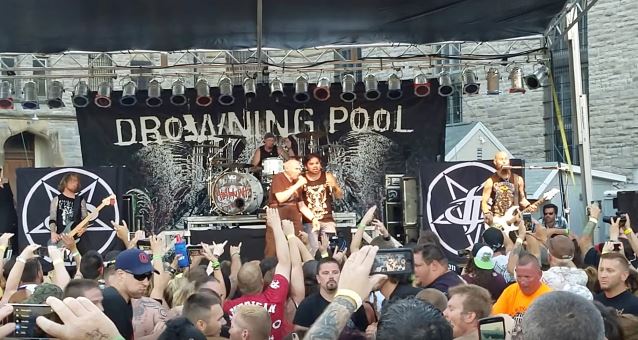 82-year-old John Hetlinger, who became a viral video sensation last month when he belted out the DROWNING POOL classic "Bodies" on the NBC series "America's Got Talent", joined the band again on stage Saturday (July 16) to perform the song at the Ink In The Clink festival in Mansfield, Ohio. Video footage of his appearance can be seen below.

The Navy veteran and aerospace manager told KUSA that he was surprised by the reaction to his "America's Got Talent" performance.

Hetlinger, who was a Navy pilot, later a minister and then an aerospace engineer for Ball Aerospace in Boulder where he worked on a team that made repairs to the Hubble telescope, said that he was not bothered by any of the criticism of his performance.

DROWNING POOL guitarist CJ Pierce said he first heard about Hetlinger's performance when family and friends starting texting him about it, explaining: "I picked up my phone and I got a handful of texts from a number of people because I guess it got out yesterday ahead of the airing… I watched it, and man, I am so entertained by it. It's awesome to just see an 82-year-old man get out there and just belt out some metal — whether it was our song or any song, it was just killer to see him do that." 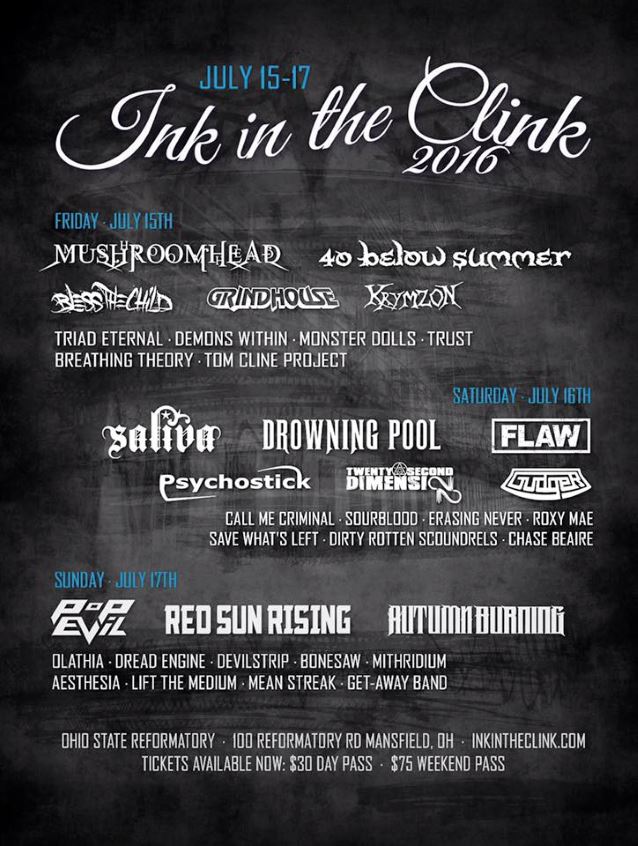