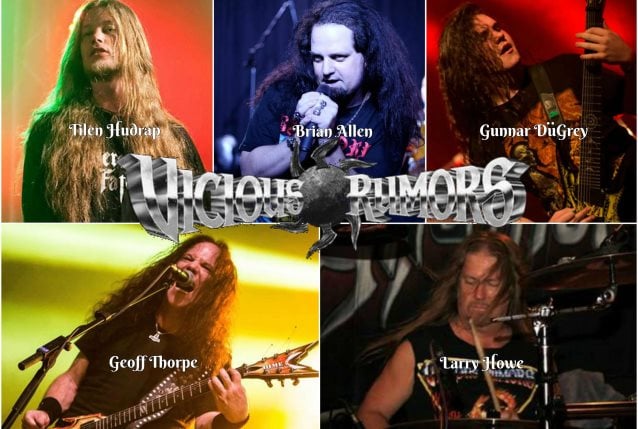 San Francisco Bay Area metal veteans VICIOUS RUMORS will make a special edition DVD, "666 Years Of Blood, Sweat & Cheers", available starting August 31 at the first show of the band's "30th Anniversary Of Digital Dictator Tour" tour in Santa Rosa, California. The DVD will only be sold at the shows and online through the VICIOUS RUMORS social media sites. Recorded at last year's crushing show at the Bang Your Head!!! festival in Germany, the limited-edition DVD was filmed with 20 cameras and features high-definition audio and video masterfully edited by Bernhard Baran.

What started as a four-week and 25-show tour has grown now to 45 dates booked in America and Canada, with a European leg of dates for November in the works.

VICIOUS RUMORS will perform one of the most iconic metal albums, "Digital Dictator", live in its entirety. Old photos and videos are great to go down the memory lane, but don't miss your chance to see and feel the power of VICIOUS RUMORS live on this historic tour.

VICIOUS RUMORS guitarist Geoff Thorpe says: "Fans have asked us for years if we would do a 'Digital Dictator' tour! We're so excited to announce these dates! Playing the whole album live plus classics from our 39-year career."

Back in 1988, VICIOUS RUMORS only did a few festivals and hand full of tour dates. Who could have guessed that 30 years later, the band would embark on a full three-month world tour, exposing this landmark album to a whole new generation, as well as a gift for the longtime fans.

Like a fine wine, "Digital Dictator" has only gotten better in the last 30 years since its release In 1988. "Digital Dictator" is one of the defining albums of the U.S. power metal genre, which influenced hundreds of bands, and thousands of fans, according to worldwide press and music industry insiders. At the time of its release, the metal experts at german acclaimed Rock Hard magazine voted this album as the "album of the month" over legendary artist like MÖTORHEAD, RUSH, DEF LEPPARD, MSG, BLACK SABBATH, and countless others. 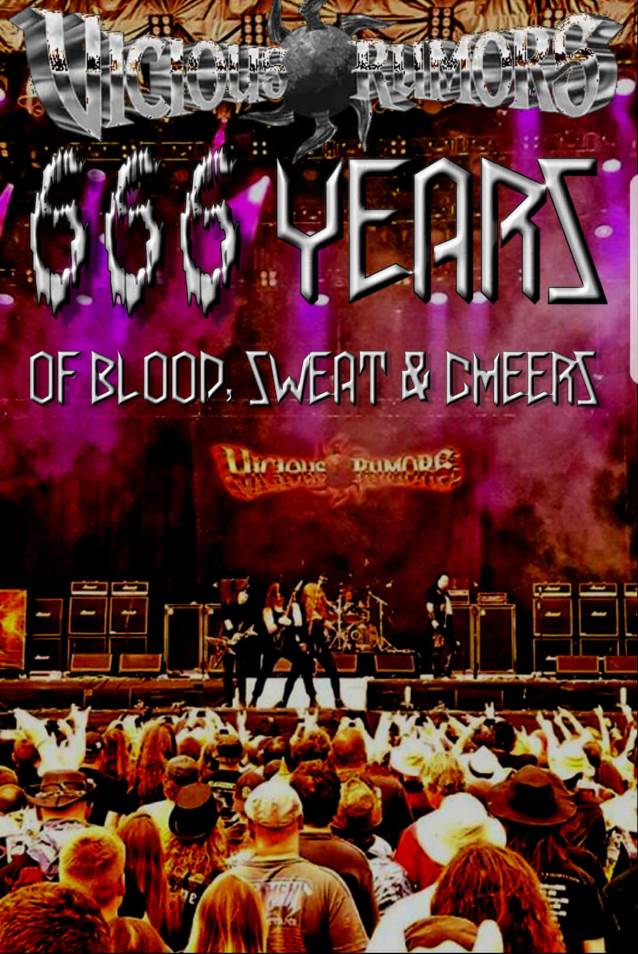