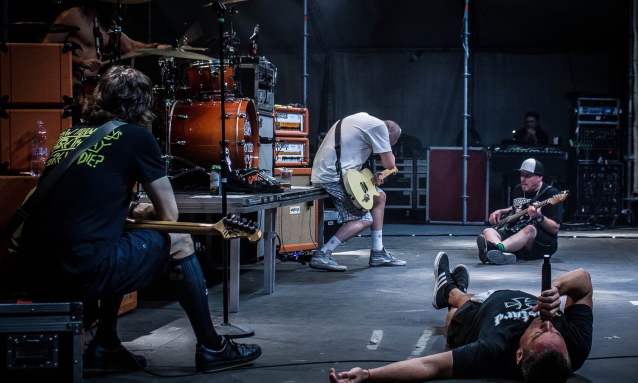 After a 25-year absence from touring in North America, UGLY KID JOE make their long-awaited live return to American soil on September 9, 2021.

UGLY KID JOE frontman Whitfield Crane comments: "In 1992 Rob Halford came into the studio when we were recording 'America's Least Wanted' and sang on 'Goddamn Devil' and blew our fucking minds. As lifelong PRIEST fans, we are stoked to share a stage with the Metal Gods!"

After a 15-year hiatus, UGLY KID JOE reformed in 2012 and has toured extensively throughout Europe and the rest of the world, including festival appearances at the likes of Hellfest, Graspop Metal Meeting, Download, Sweden Rock Festival and Wacken Open Air.

Two years ago, Crane told Eonmusic about UGLY KID JOE's huge success on the back of single "Everything About You" in 1991: "'Eye of the storm' is a good way to put it, because it just was all happening at a deadly fast gait. And it was a lot — it was beautiful and also very challenging, because there's a lot of people that surround the business of music that are full of shit. But when you're 23 [or] 24, you don't know how to negotiate that, so on one hand, it was super fun and we did all the things you should do at that age, and on the other hand, it was too much for me. But we survived it, and I can deal with it all now." 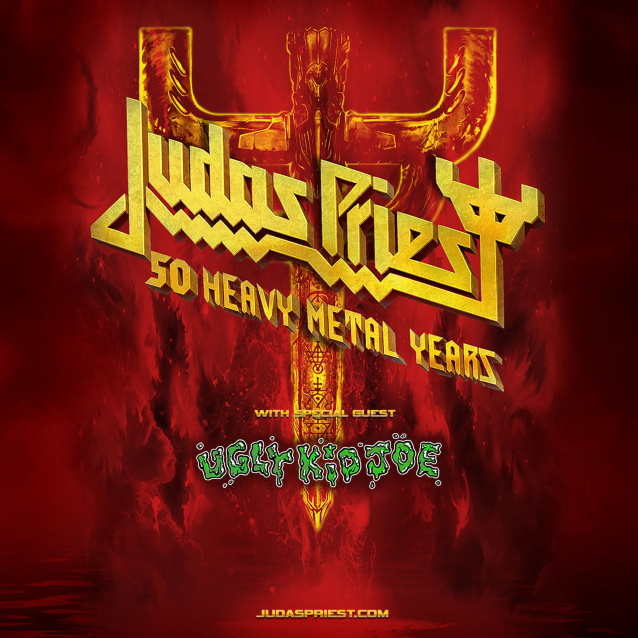