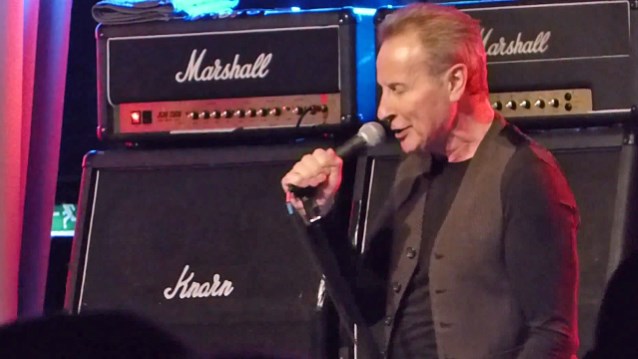 Quality fan-filmed video footage of British/American rock legends UFO performing on February 25 at Alte Seilerei in Mannheim, Germany can be seen below.

UFO released a new album, "A Conspiracy Of Stars", on February 23 in Europe (March 3 in the U.S.) via Steamhammer/SPV. The band consisting of Phil Mogg (vocals), Paul Raymond (keyboards, guitar), Vinnie Moore (guitar), Andy Parker (drums) and Rob De Luca (bass) recorded almost a dozen new songs, produced and mixed in the Kentish town of Deal by Chris Tsangarides, renowned for his work with acts such as JUDAS PRIEST, THIN LIZZY and GARY MOORE.

"A Conspiracy Of Stars" was made available as a digipak (including poster and bonus track), jewel case, vinyl double LP and for download.

Says the band about the new CD: "'A Conspiracy Of Stars' is another successful combination of those typical UFO elements with fresh, contemporary ideas. We're confident that not only our longstanding supporters will get their money's worth, but that younger rock fans will also enjoy the album. We look forward to seeing you on tour!"

"A Conspiracy Of Stars" presents UFO's current lineup for the first time: along with the original members Phil Mogg (vocals), Paul Raymond (keyboards, guitar) and Andy Parker (drums), lead guitarist Vinnie Moore has been a permanent member of the group since 2003, American bassist Rob De Luca joining the fold in 2012. De Luca is not only a brilliant instrumentalist but has also contributed two of the album tracks as a songwriter. The majority of the new material was composed by Vinnie Moore, the album also features a song by Paul Raymond and a collaboration between Raymond and De Luca. The lyrics were penned by frontman Phil Mogg.

"A Conspiracy Of Stars" breathes that typically British easy-going confidence for which this band has been known for over 45 years. A strong release consisting of eleven songs which combine everything that the group surrounding frontman Phil Mogg stands for: meaty riffs, distinctive hooks, diverse songwriting, intelligent lyrics and that generally laid-back attitude which we have associated with UFO from the start. 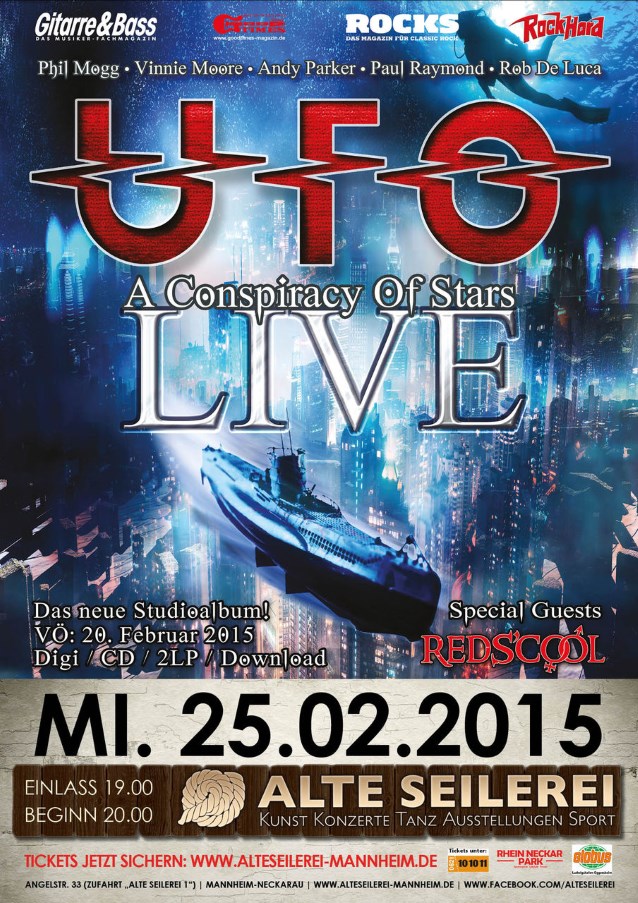