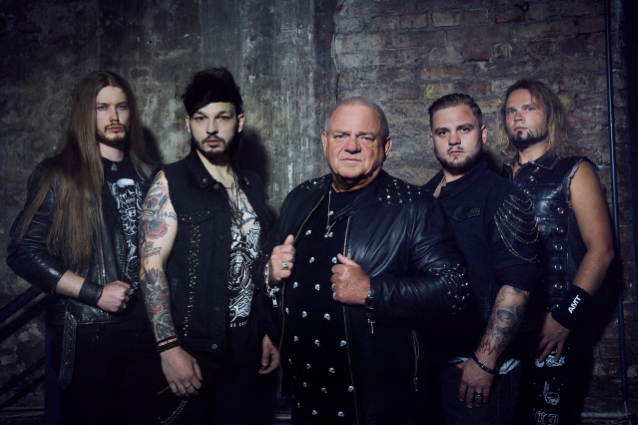 U.D.O., the German metal band led by former ACCEPT frontman Udo Dirkschneider, has announced the addition of Dee Dammers on guitar and Tilen Hudrap on bass.

The group states: "Both are very talented musicians and we are really excited to have them in U.D.O.

"We hope that you will enjoy the new lineup, and that it will be around for a very long time.

"The new lineup will start rehearsals for the upcoming U.D.O. tour of Russia very shortly. We will, as always, keep you updated on our progress via social media.

"And of course, our very best wishes to [former bassist] Fitty [Wienhold], who has been much, much more than just the band's bass player for all these years."

Fitty, who joined U.D.O. in 1996, announced his departure from the band last month, saying in a statement that he "decided to take a new way" in his life.

In an interview with Metal Forces magazine, Udo said guitarists Kasperi Heikkinen and Bill Hudson were no longer in U.D.O. because "they were not team players. I'm not a solo artist; we work in the band as a team," he explained.