Behind-the-scenes footage from the making of "Ten More Miles", the new Jukka Salo-directed video from Finnish "battle metal" warriors TURISAS, can be seen below. The song comes off the band's new album, "Turisas2013", which was released on August 26 in Europe and was made available on September 3 in North America. The CD was once again produced by vocalist Mathias Nygård and the majority of the album was recorded by Nygård and guitarist Jussi Wickström in a remote house outside of Helsinki that served as the "Turisas2013" command center and headquarters. Additional recordings were done in three other studios: the drums at Atomic Spa Studio and orchestral recordings at 5 by 5 Studio, both in Helsinki. A lot of vocals and numerous additional acoustic elements were laid down at Sound Supreme Studio in Hämeenlinna where TURISAS also recorded "The Varangian Way" and "Stand Up And Fight".

Says vocalist Mathias Nygård: "'Turisas2013' is a very diverse album: it has some of the heaviest and fastest tracks that we've ever done, but 'For Your Own Good' comes more from the lighter end. It's a very catchy song and we hope you'll enjoy the track that we picked to give you a very first taste of the many flavors to come."

With "Turisas2013", TURISAS deliberately aimed for a more organic sound.

Comments Nygård: "When it comes to the production, it's just the opposite of the polished and massive 'Stand Up And Fight'. It's raw and dry and in your face, but still maintaining that TURISAS largeness.

"People attest us that we are a great live band, and we wanted the album to be based more around that than orchestral massiveness. It's our most varied record to date and even if some of the songs sound very different, I think the common thread is that every single one has a lot of energy to it."

The mix and mastering was done by London-based producer Jaime Gomez Arellano, who previously worked with GHOST, PRIMODIAL and ULVER, just to name a few. 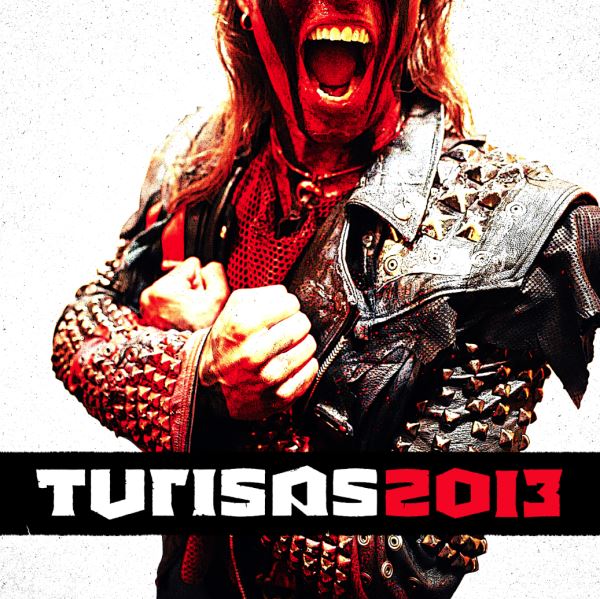