THE OCEAN's upcoming albums are going to be entitled "Heliocentric" and "Anthropocentric". They are due for April and October 2010 releases.

The concept at the base of both albums is a critique of Christianity from different philosophical and personal angles.

While the songs, art and lyrics of "Heliocentric" tell the story of the rise of the heliocentric world view and its effects on Christian belief from medieval times to Darwin and Dawkins, "Anthropocentric" challenges the views of creationists and other modern fundamentalists who still believe that the earth is at the center of the universe.

The track listing of "Heliocentric" is as follows:

01. Shamayim
02. Firmament
03. The First Commandment of the Luminaries
04. Ptolemy Was Wrong
05. Metaphysics of the Hangman
06. Catharsis of a Heretic
07. Swallowed by the Earth
08. Epiphany
09. The Origin of Species
10. The Origin of God

Musically, "Heliocentric" covers the largest range of dynamics and styles to date: "There are a few really calm songs with mainly piano and vocals, as well as some crushing heavy tunes. There is a very special atmosphere to it that pervades the album," comments guitarist Jonathan Nido.

"Our new vocalist, Loic Rossetti, has immensely widenened the musical spectrum of this band and there are some songs on the album that even those people who have conceived of this band as being unpredictable and daring would have never imagined," adds Robin Staps. "But this is exactly what makes it a 150% THE OCEAN album".

"Heliocentric" continues where the Proterozoic half of the "Precambrian" album left off, with dense, epic songs and big orchestrations. "Anthropocentric" is going to be a bit more straightforward rocking and technical, whilst tapping the full dynamic range from acoustic pieces to eclectic heaviness as well.

The albums were mainly recorded in the mountainous isolation of La Chaux-de-Fonds, Switzerland, the highest city of Europe. The band decided to record and mix the album with the band's house sound engineer Julien Fehlmann. "We wanted to be in control of every single detail, and we have an amazing studio at hand here." the group explains. "Soundwise this is by far the best-sounding album we have done to date".

The lyrics and snippets of every song of the album can be previewed at: 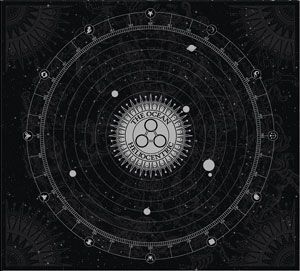 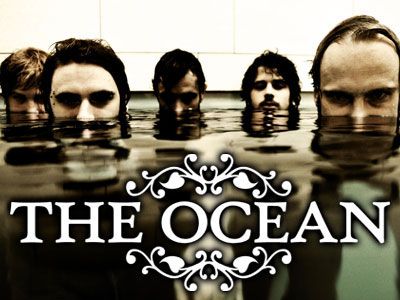