In preparation for a busy year of new music and worldwide touring, THE DILLINGER ESCAPE PLAN has announced a short run of intimate shows throughout North America.

Starting in Toronto on August 5, the band will be playing at Hard Luck, making their way down the east coast through Boston, New York, Philadelphia, and Washington D.C. Soon after, they will be continuing the tour towards the West Coast for shows throughout California.

THE DILLINGER ESCAPE PLAN's next album will be released via Party Smasher Inc., the multi-faceted collective founded by the band's guitarist, Ben Weinman, and the label's global partnership with Cooking Vinyl.

THE DILLINGER ESCAPE PLAN in 2014 collaborated with rapper Jarren Benton on a song called "Rage" as part of the Converse CONS EP series, where artists who might not ever cross musical paths are invited to step into Converse Rubber Tracks studios and mix it up.

THE DILLINGER ESCAPE PLAN's fifth full-length album, "One Of Us Is The Killer", sold around 15,000 copies in the United States in its first week of release to debut at position No. 25 on The Billboard 200 chart. The CD was released on May 14, 2013 through Party Smasher Inc., in partnership with Sumerian Records in North America. 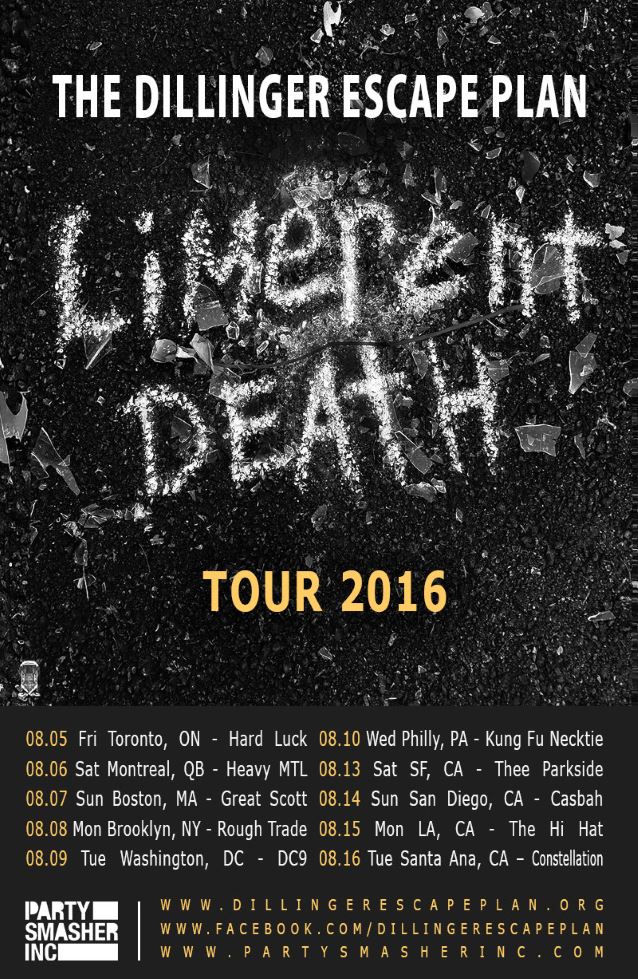