THE DEVIL WEARS PRADA will release its new album, "The Act", on October 11 via Solid State Records.

Last December, THE DEVIL WEARS PRADA vocalist Mike Hranica told Heavy New York about the band's plans for a new studio album: "We're trying to do something very different this time around and put out a record people haven't heard… When we first started writing, Kyle [Sipress, guitar] and John [Gering, keyboards] had almost 30 songs put together and they listened to them and they were, like, 'This just sounds like 'Transit Blues Part 2'.' So we were, like, 'We're not doing that.' We look back on 'Transit Blues' pretty fondly. We would definitely change a number of things if we could, but there's no point in redoing it… For this record, the goal was to write 20 songs, which is way more than we usually do — we usually write 13 songs or 12 songs and those songs make the record. So we're putting together a bunch of 'em and then we'll sit down and look at 'em and say, 'What didn't make the cut?' So, it'll be interesting. There will be friction, but all for the better and hopefully a better, different record than what folks have heard."

"Transit Blues" was released in October 2016 via Rise Records.

THE DEVIL WEARS PRADA's tour celebrating the tenth anniversary of the "With Roots Above And Branches Below" album wrapped last December in Columbus, Ohio. 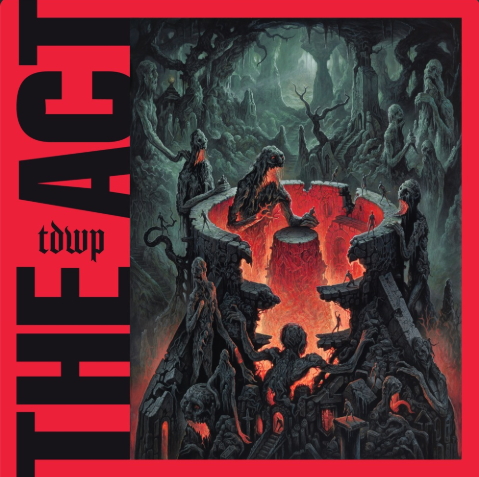