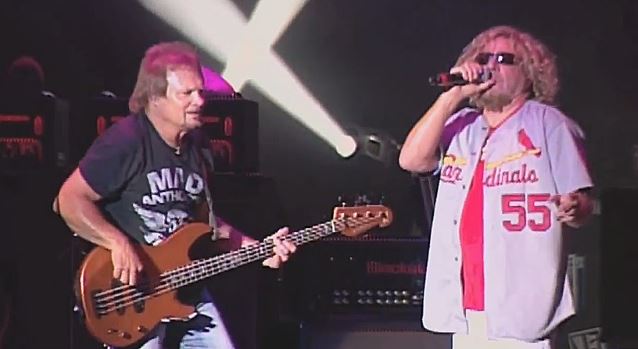 THE CIRCLE, the combo consisting of legendary rocker Sammy Hagar alongside Michael Anthony, Jason Bonham and Vic Johnson will release a concert album, "At Your Service", on May 19 in both digital and physical packages.

Recorded live on tour in 2014, this release documents the blistering performance of a band on fire performing hits from Sammy's four decades of rock (MONTROSE, solo, VAN HALEN, THE WABORITAS, CHICKENFOOT) as well as classic tracks from the LED ZEPPELIN catalog.

A performance clip of the VAN HALEN's "When It's Love", taken from "At Your Service", can be seen below.

Available for preorder on iTunes, "At Your Service" will include an instant download of THE CIRCLE's version of VAN HALEN's "Poundcake", which can now be streamed using the SoundCloud widget below.

"At Your Service" track listing: 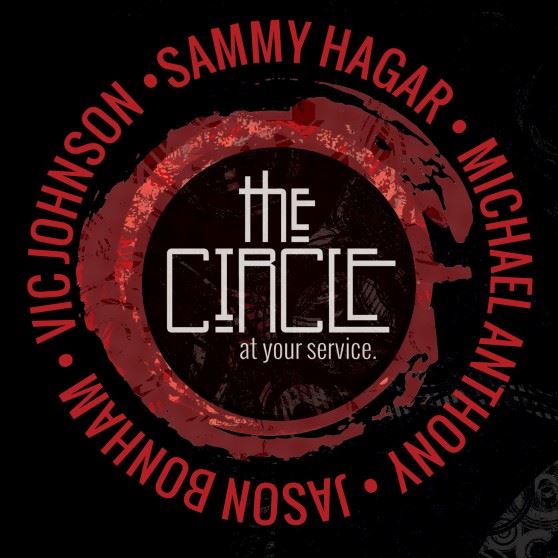 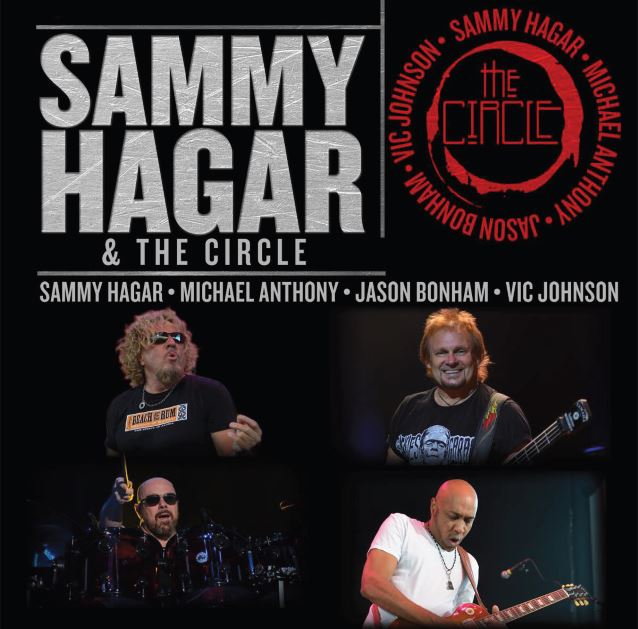