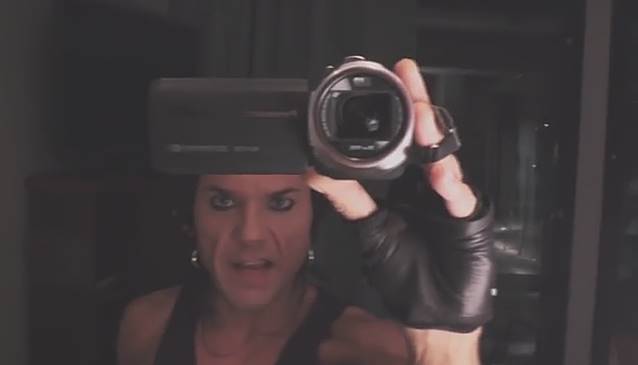 Finnish gothic metallers THE 69 EYES will celebrate their 25th anniversary by starring in the Finnish reality TV show called "Tavallista Elämää" (English translation: Ordinary Life). The show focuses on the band's singer Jyrki 69 and drummer Jussi69 as well as four other Finnish celebrities (a professional fitness model couple, a lawyer and a Playboy model) but follows the entire group on the road on their recent tours.

A trailer for the TV show can be seen below.

Commented Jyrki69: "I thought it's the right time to document THE 69 EYES to the show. To show people what it means to be in the band these days. It'll be also interesting for our fans. It'll look like a rock 'n' roll movie, at least from my part. I've been also recording and gigging with my dark rockabilly band THE 69 CATS as well. I'll take everybody with me on my trips to Berlin, Paris, Austin, Las Vegas and Hollywood to see some nightlife and real rockers out there!"

THE 69 EYES will continue to celebrate its 25th anniversary in the fall by touring in Europe and South America.

THE 69 EYES released a compilation album, "The Best Of Helsinki Vampires", on November 1, 2013 . The collection included a brand new song, "Lost Without Love", written by the singer Jyrki69 and dealing with situations he and the band's drummer, Jussi69, have both gone through.

"Love Runs Away" was the third single and opening track of THE 69 EYES' latest album, "X", which came out in September 2012.